‘Modi is a terrorist’, ‘Free Kashmir’ slogans raised in Houstan 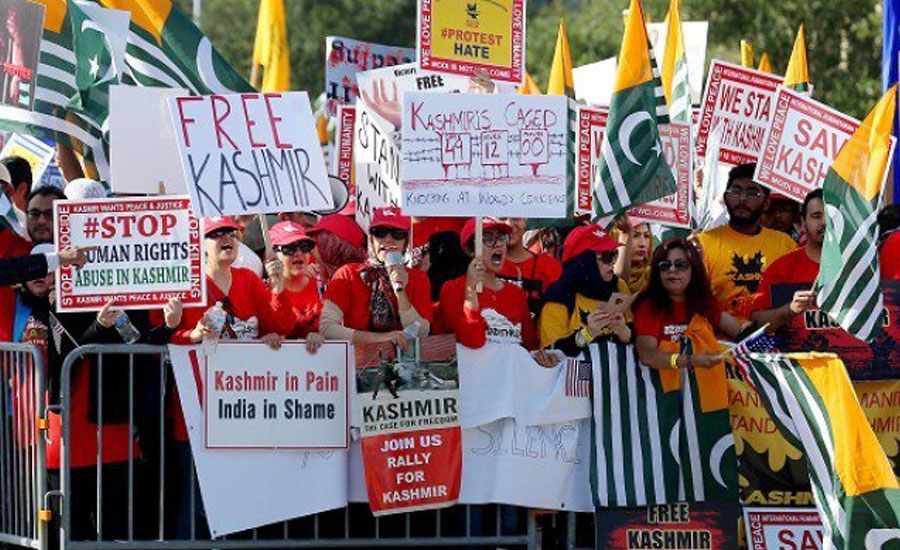 ‘Modi is a terrorist’, ‘Free Kashmir’ slogans raised in Houstan

HOUSTON (92 News) –‘Modi is a terrorist’ and ‘Free Kashmir’ slogans raised in Houston, Texas on the occasion of Indian Prime Minister Narendra Modi’s visit. Thousands of Pakistanis, Sikhs and members of human rights organisations staged a protest rally in Houston to condemn the Modi-led government’s human rights violations in Indian Occupied Kashmir (IOK). Justice for All, an interfaith human rights group, and its allies have organised the massive protest demonstration outside the venue with protesters raised slogans as “Go back Modi” and “Modi is a terrorist”. 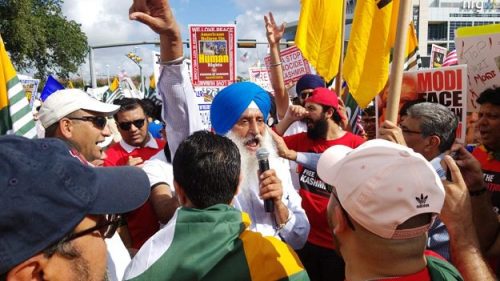 It is pertinent to mention here that Indian diaspora in the US organised a gathering called ‘Howdy, Modi!’ for Prime Minister Narendra Modi at a football stadium in Houston and US President Donald Trump also shared the stage with the Indian premier. Kashmiri and Khalistani activists have already made their presence felt with a dress-rehearsal of tractor-trailer trucks decorated with flags and protest signs. The march started from Sikh National Centre in Houston culminated at the NRG Centre, the venue of the Indian prime minister’s public gathering. Muslims and Sikhs from different cities of Texas – including Houston, Dallas, Austin and Saint Antonio – had chalked out a plan to disrupt Modi’s rally at the NRG Stadium. The Sikh community has joined hands with Pakistanis to protest against New Delhi’s barbaric treatment of Kashmiris in IOK.

The International Humanitarian Foundation has also responded to Prime Minister Imran Khan’s call to gather in the city, which is home to over 50,000 Pakistani immigrants, said Saeed Sheikh, president of the Houston-Karachi Sister City Association. Around 50 buses have been used to transport up to 40,000 people to the protest site, who took part in the demonstration. Anti-Modi and anti-India banners have been put up around the venue. The expenses for the protest are being borne by generous members of the Pakistani diaspora and strict security measures have been taken to ensure safety for all.