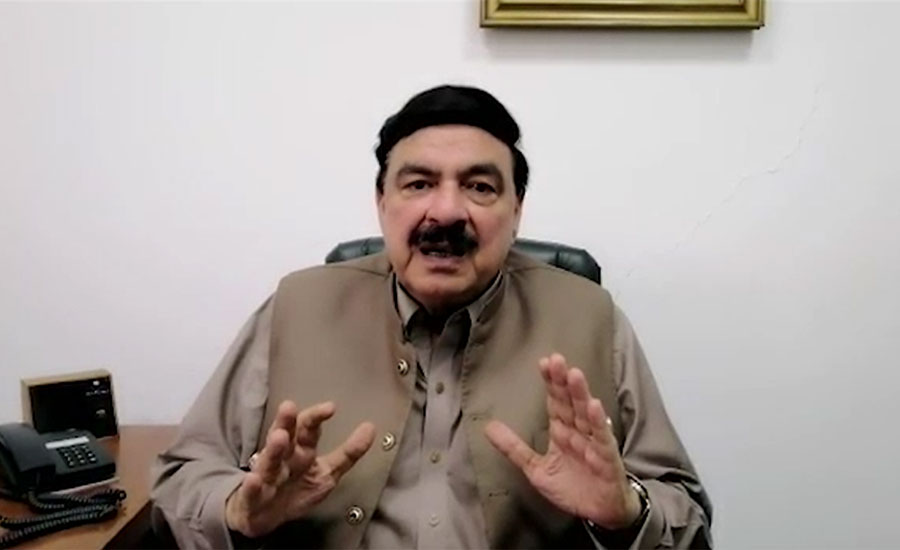 ISLAMABAD (92 News) – Minister for Railways Sheikh Rasheed Ahmad has said on Sunday that Indian Prime Minister Narendra Modi is basically a terrorist leader and involved in grave human rights violations in Indian-held Jammu Kashmir (IHK). In a video message pertaining to tense situation in IHK and along the Line of Control (LoC), he said Modi was badly exposed by US President Donald Trump and is now doing such acts for face saving. “The India has two different faces in the US and India. Modi is troubled due to the successful negotiations between Prime Minister Imran Khan and US president,” he clarified. The federal minister strongly condemned Indian government's decision to deploy additional troops to the held valley, adding that the move has created fear psychosis among the people. “Modi wants to impose Israeli like structure in the Srinagar,” he added. Sheikh Rasheed predicted that the condition of IHK can become worse in upcoming 15 days. He appealed the nation and especially the youth to highlight Indian forces' atrocities on social media and support their Kashmiri bretheran's struggle of their self-determination. The minister urged the nation to firmly stand with Pakistan Army with full passion and aggression. https://www.youtube.com/watch?v=vv9wL5rhVLs Earlier, DG ISPR Maj Gen Asif Ghafoor has said that the use of cluster bombs by Indian Army violating international conventions is condemnable. In a tweet on Saturday, he said: “No weapon can suppress determination of Kashmiris to get their right of self determination. Kashmir runs in blood of every Pakistani. Indigenous freedom struggle of Kashmiris shall succeed, Insha Allah.”

Increased Indian Cease Fire Violations (CFVs) indicate their frustration due to failure in IOJ&K. CFVs are being & shall always be effectively responded. Pak Army shall take all measures to protect innocent civilians along LOC from Indian firing deliberately targeting them.

On July 31,  Reacting to the ceasefire violations of India occupation of forces, Inter-Service Public Relation (ISPR) Director General (DG) Maj Gen Asif Ghafoor said that Pakistan shall give befitting response to Indian violations along line of control (LoC). In his tweet, the DG ISPR said that the increased Indian ceasefire violations (CFVs) indicate their frustration due to failure in Indian Occupied Jammu and Kashmir. “Ceasefire violations are being and shall always be effectively responded. Pakistan Army shall take all measures to protect innocent civilians along LoC from Indian firing deliberately targeting them,” the Pakistan Army spokesperson tweeted.