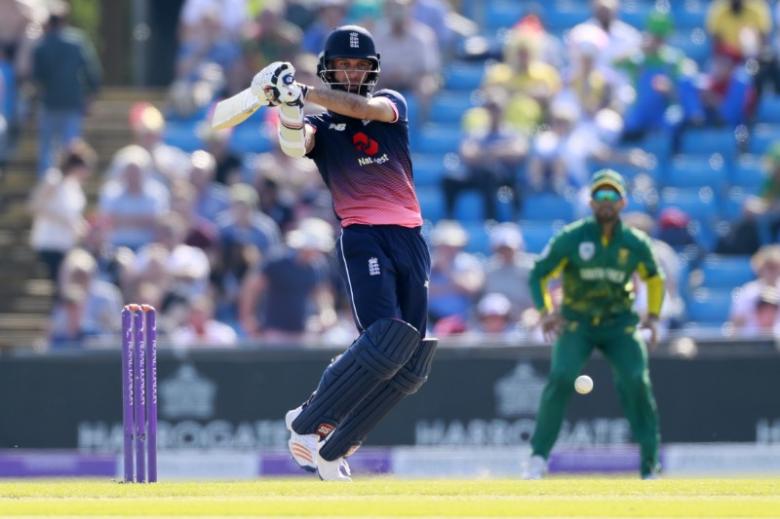 LONDON - The balance of the England's one-day team means Moeen Ali is required to bat at number seven and the bearded all-rounder, who prefers to ply his trade earlier in the innings, is working hard to hone his skills at a tricky position in the order.

Not a power-hitter in the mould of Ben Stokes or Jos Buttler, Moeen's unbeaten 77, along with the couple of wickets he claimed with his off-spinners, earned him the man-of-the-match award in Wednesday's first ODI against South Africa.

Moeen smashed five sixes in his 51-ball blitz at Headlingley to help England take a 1-0 lead in the three-match series but the 29-year-old admits it is not an easy position to bat.

"I find batting at number seven tough," he told reporters. "But I'm trying to get better at it.

"In county cricket and when I played first for England I opened the batting. I can beat the field in the first few overs and then later on I can play a few more shots.

"When I'm in, I feel I can hit decent-sized sixes... But it's not easy for someone like me, who probably can't hit sixes like Ben Stokes, Jos Buttler and hit the gas like those guys."

Moeen, however, has no plans to copy his muscular team mates.

"I find if I work on power-hitting I lose my rhythm," he said. "I just try to keep it as natural as possible. Even towards the end of my innings (in Leeds) there were a couple I tried to slog and I lost my shape."

Moeen has also come to terms with the reality that his position in the lower middle-order becomes untenable when England are deprived of Stokes' all-round service through injury.

"I can bat anywhere in the order and I feel my bowling is quite important against good sides. There's obviously times when I don't pick up the wickets but I try and bowl as tight as I can.

"But if Stokesy is not fit, or for whatever reason he's not playing, and I get told that I'm not playing, I'll still be happy." England will hope to take an unassailable 2-0 lead when they take on South Africa in the second one-dayer at Southampton on Saturday. -Reuters