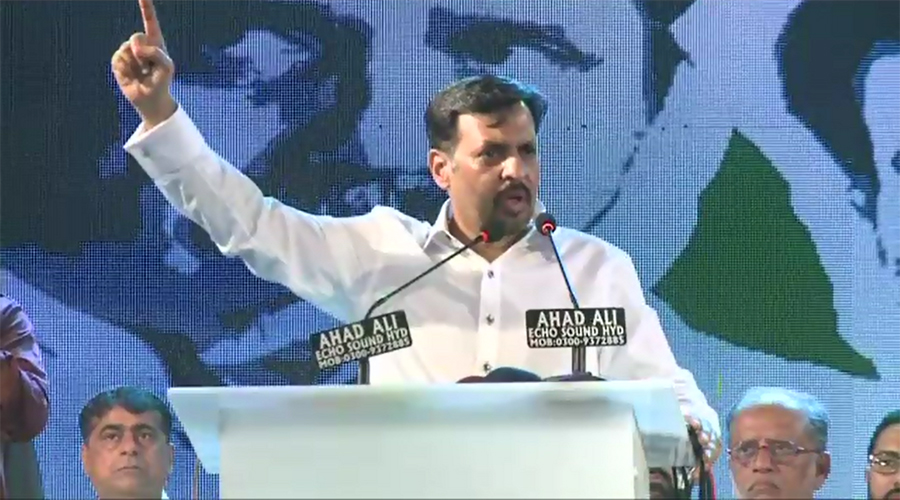 KARACHI (92 News) – PSP chief Mustafa Kamal has said that Mohajirs ended politics of lie continuing for the last 30 years. Addressing a public meeting at Pakka Qila Ground, Hyderabad on Friday, he said that workers have proved that they are with Pakistan. “Now no call will be received from London.” The PSP chief said that Mohajirs were sold to the Indian intelligence agency RAW in the name of excesses. He said that they could not wait till 2018. “We will fight our rights. The rulers should set their destination aright,” he said. He announced a meeting in Karachi on January 29. PSP leaders Anees Qaimkhani and other leaders also spoke.