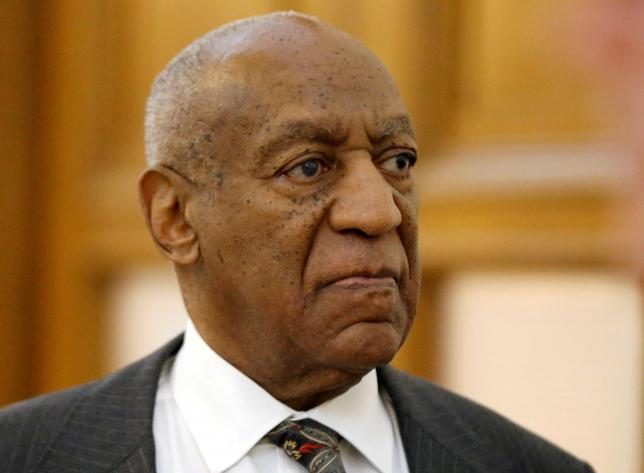 PITTSBURGH –A Pennsylvania judge began questioning 100 potential jurors on Monday for next month's sex assault trial of comedian Bill Cosby, whose reputation as America's favorite TV dad was shattered after dozens of women accused him of abuse.

"You probably figured out it was probably a big case," Judge Steven O'Neill told the potential jurors in Pittsburgh at the start of what is expected to be several days of jury selection.

Wearing a tan sports coat and walking with a cane as he was led into the courtroom, Cosby, 79, is accused of drugging and sexually assaulting Andrea Constand, a former basketball coach at his alma mater Temple University, in 2004 at his suburban Philadelphia home.

Constand's allegations are the only ones to result in criminal charges, with most of the other claims too old to sustain prosecution. Cosby has denied any wrongdoing, portraying all the encounters as consensual and contending that some accusers were out for money.

The prospective jurors - 53 women and 47 men, with approximately a dozen black residents - were asked 48 questions during Monday's morning court session by O'Neill, who is tasked with finding 12 jurors and six alternates able to set aside any preconceived notions of the Cosby scandal when the trial starts on June 5.

Underscoring the challenge he faces, 86 potential jurors told O'Neill they were aware of the Cosby case, while 34 said they already had formed some opinion regarding his guilt or innocence.

Under the law, jurors can have some knowledge of the case, as long as they can base their verdict solely on the evidence at trial, said Douglas Sughrue, a Pittsburgh defense attorney.

"You have the right to a fair trial and an impartial jury," Sughrue said. "A fair trial doesn't mean that people aren't going to know anything about the defendant."

The pervasive media coverage led O'Neill to agree with defense lawyers to pull jurors from Pittsburgh, 300 miles (480 km) away from Montgomery County, the Philadelphia suburb where the trial will take place.

The jurors, whose names will remain sealed, will be sequestered in Montgomery County for the duration of the trial, which is expected to last two or three weeks, making it even more difficult to find a jury. Two-thirds of the candidates told O'Neill that staying away from home for weeks would be an "extraordinary hardship." –Reuters