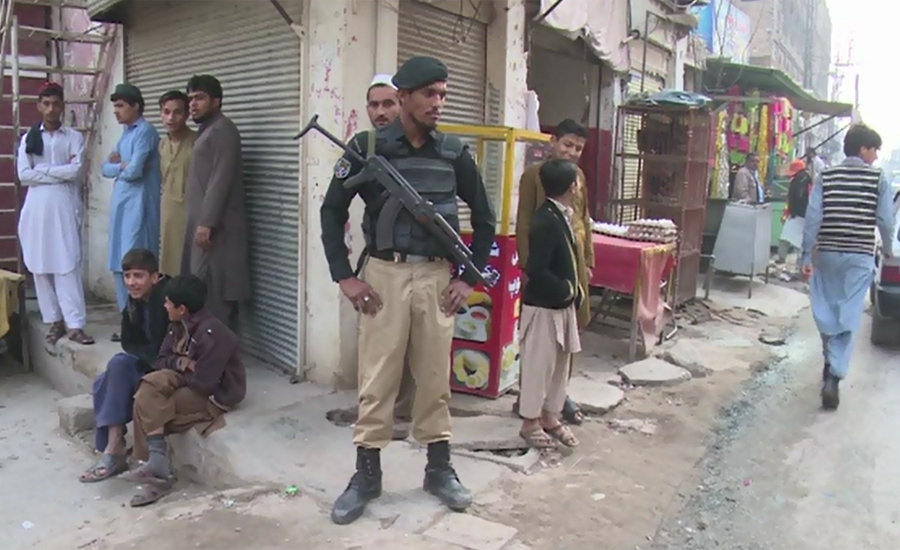 PESHAWAR (92 News) – Three people were shot dead over a trifle in Nothia, Peshawar on Monday. The wedding of Naib Nazim Sher Ali’s son was underway when he had an exchange of hot words with his friend. Later, both opened fire each other. As a result, Naib Nazim Sher Ali, his brother Asghar Ali and friend Tariq died on the spot. A passer-by was also injured in the firing. The police have shifted the bodies to hospital for autopsy. A case has been registered. Further investigations are underway. The culprits managed to escape. The police are conducting raids to arrest the accused.