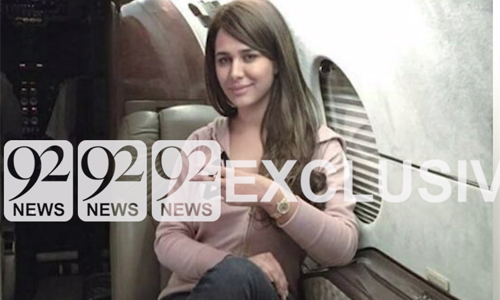 RAWLAPINDI (92 News) – Customs Court Judge Ch Mumtaz Hussain on Saturday extended the remand of supermodel Ayyan Ali until April 24 in the money laundering case. She was produced in court without veil and was wearing make-up on her face. The court asked the supermodel whether she has a problem in jail, but she replied that everything is okay in jail. The defence counsel objected to taking of pictures of Ayyan Ali in court. The judge ordered that respect of the court should be kept in mind. Supermodel Ayyan Ali advised the photographers to copy her pictures from the Internet as a plenty of pictures are available there. The Customs officials sought time for submission of her challan, but the court ordered to submit it on the next date of hearing.