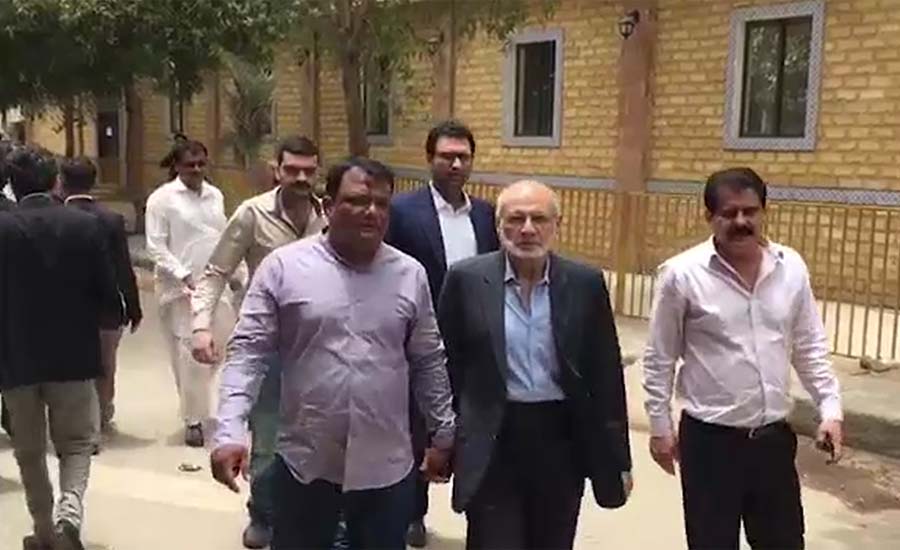 ISLAMABAD (92 News) – The local court of Karachi on Saturday sent Hussain Lawai, a close friend of former president Asif Ali Zardari, and Talha Raza to prison on judicial remand. As per details, the investigation officer revealed that the name of Omni group also surfaced, saying that further proofs required to collect. He also said that there is needed to be investigation against the beneficiaries of money laundering. Meanwhile, Hussain filed a plea for taking the facility of "B" class in jail. The FIA presented initial investigation report and demanded 14-days physical remand but the court sent Hussain to jail rejecting demand of the FIA. Earlier, July 6, Federal Investigation Agency (FIA) arrested Hussain Lawai, a senior banker and a closed aide of Asif Ali Zardari from Karachi. Talking to the journalists, Hussain said that after taking him in custody, it will impact on the banking sectors. He clarified that no question has been asked from him about former president Asif Ali Zardari. Earlier, Lawai, a prominent banker and chairperson of Pakistan Stock Exchange, was taken into custody by Federal Investigation Agency in connection with alleged bank transactions worth billions of rupees. On Friday, Lawai was initially barred from travelling to Dubai and sent to the FIA Karachi office for recording his statement in an inquiry. The charge for which he was arrested was involvement in the corruption of Rs 35 billion. The FIA initiated an inquiry into the case in 2015 and notices were issued to Hussain Lawai and several others.