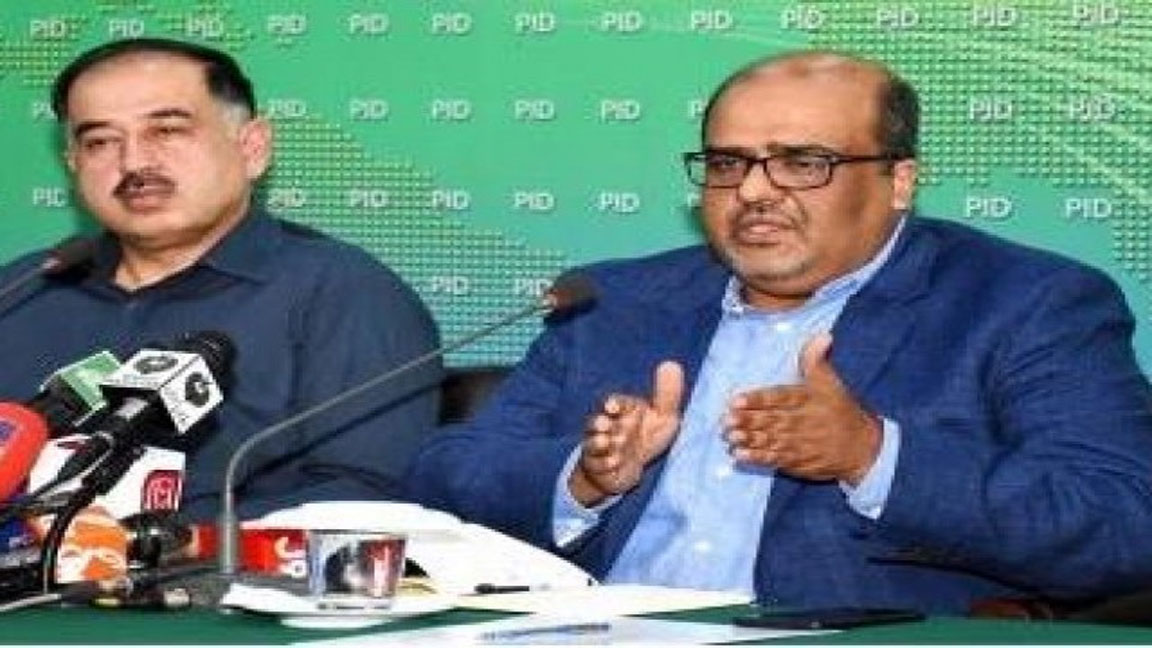 ISLAMABAD (92 News) – Prime Minister’s Special Assistant on Accountability Shahzad Akbar said that the details of money laundering worth Rs700 billion has been traced in 10 countries. Addressing a press conference along with PM's Special Assistant on Media Iftikhar Durrani and PTI leader Senator Faisal Javed Khan, Shahzad Akbar said The Asset Recovery Unit has traced assets worth Rs700 billion owned by Pakistanis in 10 different countries. He said the aforementioned assets were acquired through money laundering and fake accounts. He said the process to freeze the accounts of big crocodiles has been started, adding the cases worth Rs1.3 billion directly linked. He assured that the references regarding money laundering will be filed soon. The special assistant said initially only big fish are being targeted. “The verdict related to the Hill Metal case will be announced within a week,” he informed. “Pakistan has become the third biggest country, whose citizens own real estate in Dubai,” he mentioned. Shahzad Akbar claimed that the evidences are present beyond iqama (work permit) relating to the money laundering of billion rupees. He revealed that more than 500 fake accounts have been traced. He also claimed that Rs5.3 billion dollar were laundered from outside Pakistan within the perion of previous ten years. The assistant to the PM said that the government is probing the laundered money and claimed that money hidden in Swiss and European accounts will not remain hidden for long. Akbar shared, “We are seeking details of all iqama holders from Dubai administration. He explained that to keep iqama is not bad thing but in past this was used to hide corruption. Further, Akbar said, “A list of suspects will be released soon, however, it cannot be shared before a decision is taken regarding filing references.” On the other hand, Iftikhar Durrani said properties worth $15 billion were acquired by Pakistanis in Dubai only during last 10 years. He said Assets Recovery Unit is working in collaboration with other institutions to trace the ill gotten money. He also told media that the PTI-led government has not registered a case against anyone yet, adding that It should be informed before registering any case. While talking to the journalists, Pakistan Tehreek-e-Insaf (PTI) Senator Faisal Javed stated that “for the first we are going to hold accountability all those who have laundered money,” adding that Iqama (work permit) is used to conceal corruption. He said that the ‘thief’ cannot be made the guardian, adding, “How can give the chairmanship to those people who are facing NAB trials.