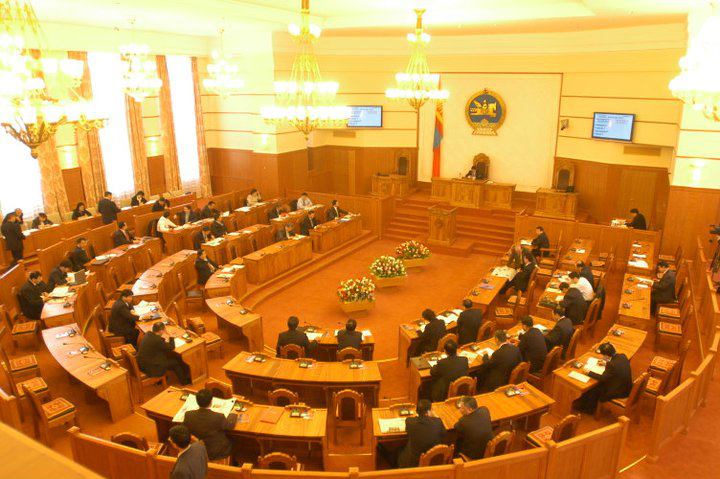 ULAN BATOR - Mongolian Prime Minister Chimed Saikhanbileg has replaced six members of his cabinet, a change the president said could hurt an already limping economy and further deter foreign investors worried about political stability. Mongolia has promised to use its vast untapped mineral reserves to develop its tiny, landlocked economy, but flagship projects have been delayed and foreign investment deterred by political disputes and regulatory uncertainties. Parliament endorsed the prime minister's proposal to remove the Mongolian People's Party (MPP) from the coalition government on Friday, meaning the party's six cabinet members lost their jobs. Saikhanbileg, a member of the Mongolian Democratic Party, was appointed last year with a mission to rejuvenate the flagging economy through foreign investment in the mining sector, and will retain his position as prime minister. "(The) vote came after heated debates in the legislature with 'no love lost' between MPs from major parties," said Dale Choi, head of the research firm Mongolia Metals & Mining, in an email to subscribers about the vote to remove the MPP. The coalition was originally expected to last until July 2016 parliamentary elections and its early dissolution threatens to disrupt parliamentary decisions on a number of lucrative mining projects. The Toronto-listed Centerra Gold Inc. is awaiting a decision from parliament on the stake size the government will take in the Gatsuurt gold mine it hopes to put into production. Parliament must also must vote on a proposed investment agreement with a private consortium led by China's Shenhua Energy to develop and mine the huge Tavan Tolgoi coal mine. Mongolia's development plans had already been delayed as a result of a two-year dispute with global miner Rio Tinto over the expansion of the $6.5 billion Oyu Tolgoi copper mine, which was finally settled in May. This week, President Tsakhia Elbegdorj, who is also a Democratic Party member, weighed in with a letter condemning the proposed plan to remove the MPP, saying it threatened to "destabilise" the government. That, in turn, could reflect poorly on the economy, he said. "It can cause negative impact on society, the economy and the country's reputation in the international arena," he wrote. -Reuters