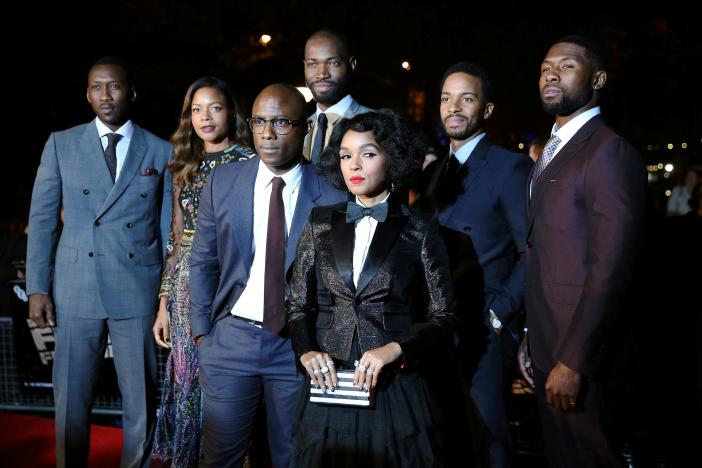 LOS ANGELES - Two coming-of-age movies, "Moonlight," and "American Honey," got a leading six nominations each on Tuesday for the Independent Spirit Awards which celebrate low-budget artistic films that often also do well at the Oscars. Grief-driven blue-collar family drama "Manchester by the Sea" and "Jackie," about former U.S. first lady Jacqueline Kennedy, also did well, earning nods that included best film and best actor for their respective leads, Casey Affleck and Natalie Portman. "Moonlight," which follows a young black man growing to adulthood in a hard-scrabble Miami neighborhood, received six nominations in all, including best film, best director Barry Jenkins and for Jenkins' screenplay. But there was nothing for "Moonlight"s three main actors, who play the central character at different stages of his life. Kenneth Lonergan, the director of "Manchester by the Sea," and Michelle Williams in an emotionally powerful supporting role, were also left off the list on Tuesday. Shia LeBeouf, 30, efforting a comeback after alcohol disrupted his career for five years, was nominated best supporting actor for his turn as the leader of a gang of thieves in "American Honey." The British-directed tale of a teenage runaway who travels across the American Midwest with a band of misfits, will also compete for best film, best director, and best actress for newcomer Sasha Lane. The last three winners of the Independent Spirit Awards - "Spotlight", "Birdman" and "12 Years a Slave" - all went on to win the best picture Oscar, the highest honor in the movie industry. But this year, some of the films getting the most awards buzz were not eligible for the Spirit Awards, which is open to movies made for less than $20 million. That meant no nominations for musical "La La Land," psychological thriller "Nocturnal Animals" and adoption drama "Lion." The 2017 Independent Spirit Awards will be handed out at a ceremony in Santa Monica, California, on Feb. 25 - the day before the Academy Awards ceremony. -Reuters