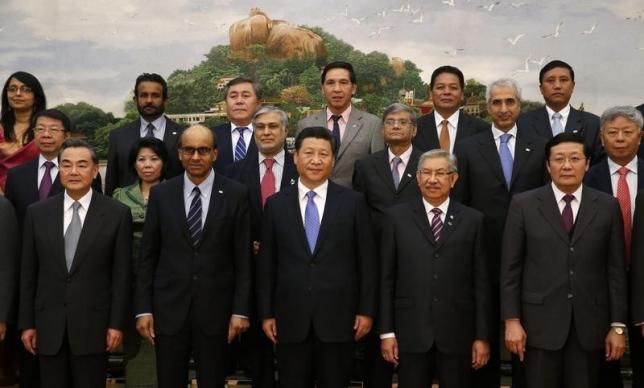 SHANGHAI/RIO DE JANEIRO - Russia, Australia and the Netherlands on Saturday became the latest three countries to say they plan to join the China-led Asian Infrastructure Investment Bank (AIIB), adding clout to an institution seen as enhancing China's regional and global influence. The AIIB, seen as a challenge to existing institutions the World Bank and Asian Development Bank, has drawn a cool response from the United States, despite which European US allies including Britain, France, Germany and Italy have already announced they would join the bank. Other countries such as Turkey and South Korea have also said they would join. Brazil, China's top trading partner, said on Friday it would sign up and that there were no conditions set. "Brazil is very interested in participating in this initiative," the office of President Dilma Rousseff said in a statement. Russian First Deputy Prime Minister Igor Shuvalov, speaking on Saturday at a forum in Boao on the southern Chinese island of Hainan, said the country plans to join the AIIB, according to the official Xinhua news agency. Speaking at the same forum, Australian Finance Minister Mathias Cormann said the country was planning to apply to become a founding member, according to Xinhua. And the Netherlands also plans to join, Dutch Prime Minister Mark Rutte said on his official Facebook page after a meeting with Chinese President Xi Jinping. China's Finance Ministry said earlier on Saturday Britain and Switzerland had been formally accepted as founding members of the AIIB, a day after Brazil accepted China's invitation to join. China's Finance Ministry said Austria had also applied to join and had submitted its documents to China. "We should push forward with the creation of a regional hub for financial co-operation," Xi said at the forum, adding China should "strengthen pragmatic cooperation in monetary stability, investment, financing, credit rating and other fields." The AIIB has been seen as a significant setback to US efforts to extend its influence in the Asia Pacific region to balance China's growing financial clout and assertiveness. - Reuters