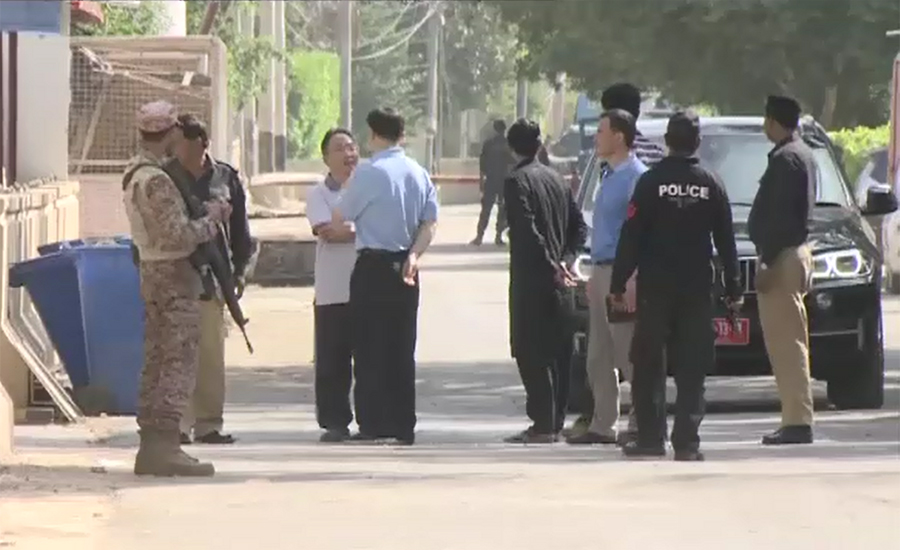 KARACHI (92 News) – Karachi Additional Inspector General of Police Amir Sheikh on Saturday said that more facilitators of the attack on the Chinese consulate in Karachi have been arrested. As per details garnered, the key progress came into the investigation of Chinese Consulate attack. “More facilitators of the attack on the Chinese consulate earlier this month have been arrested. We also found out which hotel the attackers stayed at and arrested people from there,” he revealed. “The counter-terrorism department (CTD) is leading the investigation into the attack,” adding: CTD is working on the case with the rangers as well as other intelligence agencies. He also said that he always takes information on the daily basis. On November 23, security forces foiled an attack on the Chinese consulate located in Karachi’s upscale Clifton, killing all three terrorists and seizing at least nine hand grenades, Kalashnikov bullets, magazines and explosives.