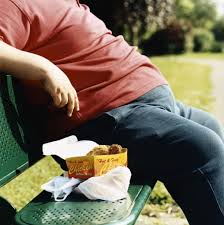 People who are inactive for hours on end each day may be more likely to develop diabetes than people who spend more time moving around, a study confirms. Researchers gave accelerometers to about 2,000 people to track their movements during waking hours for one week. Five years later, compared to people who were sedentary for less than six hours at the start of the study, those who had been inactive for at least 10 hours a day had almost four times higher odds of being diabetic. “We are beginning to believe that being highly sedentary is something different than not getting exercise,” said lead author Bethany Barone Gibbs, a researcher in health and physical activity at the University of Pittsburgh. “Someone who runs 30 minutes every day can sit for the other 15 hours of the day at work, commuting, and at home and this person would be considered physically active but also quite sedentary,” Gibbs said by email. “On the other hand, a cleaning professional might never exercise but might spend most of their day on their feet in light activity – this person would be inactive but have very little sedentary time.” Globally, about one in 10 adults have diabetes, according to the World Health Organization. Most of these people have type 2 diabetes, which is associated with obesity and aging and occurs when the body can’t make or process enough of the hormone insulin. As reported in Diabetes Care, Gibbs and colleagues explored the link between inactivity and diabetes in 2,027 people ages 38 to 50 who were typically overweight. Compared with people who had less than six hours a day of sedentary time, those who were inactive for at least 10 hours daily had more than double the odds of developing impaired glucose tolerance, which often progresses to diabetes. One shortcoming of the study is that it only measured activity once, at the beginning, making it impossible to know whether patterns of sedentary hours changed over time, Gibbs said. In addition, because the study didn’t distinguish between sitting and standing, it’s impossible to distinguish the outcomes of sitting from the results tied to standing, said Mark Hamer, an exercise specialist at University College London. It’s also possible that people who are obese, which carries its own risks of diabetes, were also spending more time sitting because they had difficulty moving around, he added. The study also lacks detail on what people do while sitting, that may impact whether they gain weight or increase their risk for diabetes, said Hamer, who wasn’t involved in the study. “It may be that sitting is only harmful in certain contexts such as TV viewing,” Hamer said. “TV viewing is often associated with other poor behaviors such as junk food consumption.” Even so, the results add to a growing body of evidence supporting the health benefits of not just an active lifestyle, but one that limits inactivity, said Peter Katzmarzyk, a researcher in pediatric obesity and diabetes at Pennington Biomedical Research Center at Louisiana State University in Baton Rouge. “The results show that even after you account for the physical activity levels of these people, the amount of time that is spent being sedentary is positively associated with diabetes risk,” Katzmarzyk, who wasn’t involved in the study, said by email. “Even in people who are physically active, the level of sedentary behavior is an important behavior to modify.” - Reuters