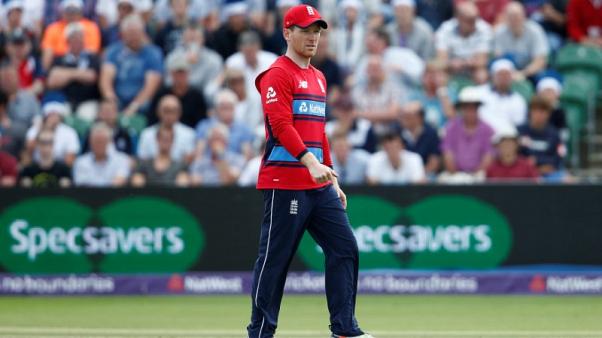 LONDON (Reuters) - England’s limited-overs captain Eoin Morgan will lead a World XI to face the West Indies in a Twenty20 International to raise funds for two stadiums damaged by hurricanes in the Caribbean, the International Cricket Council (ICC) said on Thursday.

A number of international cricketers are expected to feature in the match against the defending World T20 champions at Lord’s on May 31, cricket’s world governing body added.

Proceeds from the contest will go towards the repair of the two cricket venues, Windsor Park Stadium in Dominica and James Ronald Webster Park in Anguilla, that were damaged following Hurricanes Irma and Maria last September.


“The cricket family always comes together to support worthwhile causes and this one-off T20I, featuring some of the best players in the world will be a great spectacle at the home of cricket,” Morgan said in a statement.

“I’m sure the sporting public will come out in force and help raise money and awareness towards restoring parts of the Caribbean hit by Hurricanes Irma and Maria... which ripped through many communities in this beautiful part of the world.”

England and Wales Cricket Board president Giles Clarke will coordinate the game which also has the backing of the Marylebone Cricket Club in partnership with Cricket West Indies.