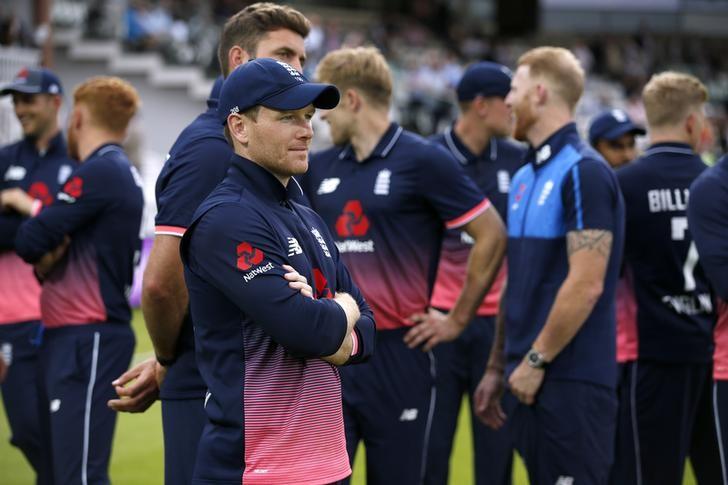 LONDON - England will learn from their early collapse in Monday's one-day international defeat to South Africa at Lord's, captain Eoin Morgan said ahead of their Champions Trophy opener against Bangladesh on Thursday.

England's top order crumbled to 20 for six wickets in five overs as they were dismissed for a modest total of 153 before the Proteas cruised to a seven-wicket victory for a consolation triumph after the hosts won the first two matches of the series.

"It's a lesson with the bat and ball... our bowlers to be disciplined and to our batsman that, sometimes, you have to sit in," Morgan told reporters after the match.

"They made us play a hell of a lot and managed to get the ball moving around. Certainly, it's not down to a lack of trying."

England coach Trevor Bayliss believed that the humiliating loss would ensure his team remained level-headed for the eight-team Champions Trophy.

"We should have done better than we did but a 2-1 series over South Africa, we'll take that every day."

The victory was made all the more sweeter for South Africa batsman Hashim Amla, who became the fastest to break the 7,000-run barrier in one-dayers by reaching the milestone in just 150 innings, beating India's Virat Kohli by 11 knocks.

South Africa begin their Champions Trophy campaign against Sri Lanka at The Oval on Saturday. -Reuters