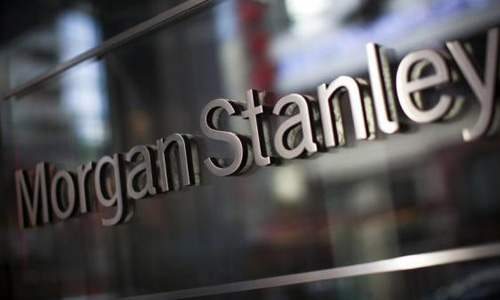 NEW YORK (Reuters) - Morgan Stanley said it will pay $2.6 billion to the US government to resolve potential claims stemming from the sale of mortgage bonds before the financial crisis, reducing its 2014 profit by more than half. Morgan Stanley increased its legal reserves by about $2.8 billion, which lowered its 2014 income from continuing operations by $2.7 billion, or $1.35 per share, the bank said in a regulatory filing. The bank had reported earnings from continuing operations of $5.83 billion, or $2.96 per share, for 2014. Morgan Stanley said it settled with the US Department of Justice and the US Attorney's Office for the Northern District of California on Wednesday. Goldman Sachs Group Inc said on Monday it could face a federal civil lawsuit after a government probe concluded that the bank had violated laws related to sale of residential mortgage-backed securities before the crisis. Goldman had also raised the top end of its estimate of "reasonably possible" legal losses to about $3 billion from $2.5 billion. Morgan Stanley's shares closed at $36.59 on the New York Stock Exchange on Wednesday.