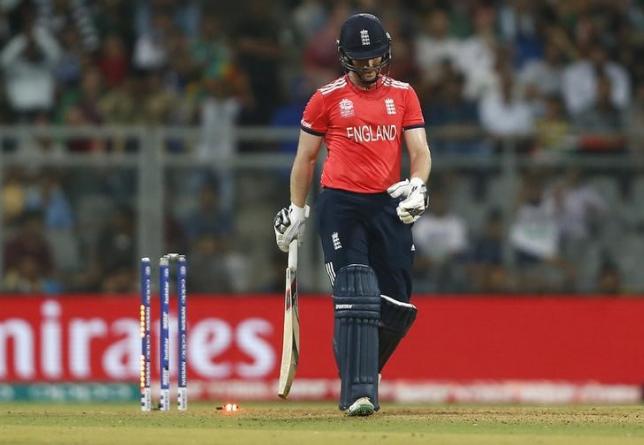 NEW DELHI - England captain Eoin Morgan won the toss and decided to bat first against Afghanistan in a World Twenty20 Group One match at the Feroz Shah Kotla Stadium on Wednesday. Batsman James Vince replaced opener Alex Hales, who is nursing a stiff back, while fast bowler Liam Plunkett was brought in for Reece Topley for the 2010 winners. Blown away by Chris Gayle's blistering century in their tournament opener against West Indies, England edged South Africa in a high-scoring thriller to bounce back and are seeking a second Super 10 win to boost their semi-final hopes. Their opponents have dished out the fearless brand of cricket that fans expect from Afghanistan but their lack of experience at the top tier was evident in their defeats by Sri Lanka and South Africa. -Reuters