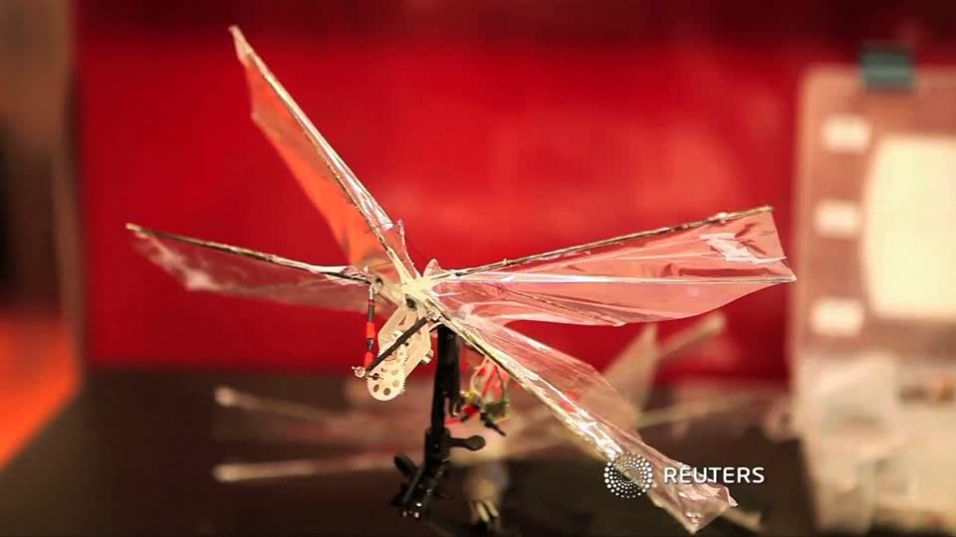 CALIFORNIA - Palo Alto, California, United States - Amanda Stowers is beating up on her drone as her professor watches on with glee. It may seem cruel but it's all in the name of science. No matter how hard or how many times Amanda hits the drones' wing, it always recovers and keeps on flapping. Stowers says that even drones equipped with advanced sensors can't avoid the inevitable. At some point they'll fly into something. "As much pre-processing and sensors as you can do, you might still occasionally hit things and this could be quite detrimental. And so if you can be more robust when hitting something you could potentially go into a more risky environment," said Stowers a graduate student at Stanford University. The ability to maneuver in tight and cluttered environments could allow drones to play an important role in search and rescue operations, giving first responders the ability to search for survivors remotely. Currently most drones are designed after helicopters or fixed wing planes, both of which cannot sustain mid-air collisions and impacts. The team wanted to develop a mechanism that could take a beating and maintain flight. The answer came in the form of a bird's wing which, much like a human arm, has joints to give it flexibility. David Lentink, an assistant professor of mechanical engineering, says mimicking nature is easier said than done. "So I think one of the big challenges about studying birds and applying that in technology is making the translation from what you find in nature to something that you can actually build in a lab," he said. But they overcame that challenge. The key, says Stowers, was designing their drone to flap like a bird. A birds' flapping motion creates a centrifugal force that keeps it flying even after it collides with something, recovering in a fraction of a second over the course of a single wing beat. David Lentink says that having wings that change shape has other advantages as well. "The most important thing about being able to change you shape in flight is that every flight speed, every maneuver has a different shape that's optimal," he said adding that optimal shape equates to better efficiency, an improvement that could allow future drones to maneuver in cluttered environments using less energy. - Reuters