Most snakebites are truly accidental 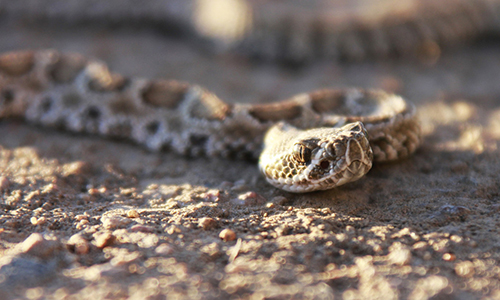 Most snakebites are truly accidental

LONDON – Most snakebites are not the result of humans confronting the snake, a new study suggests. Instead, most victims are unaware of the snakes before they are bitten, according to an analysis of snakebite reports in the media between 2011 and 2013. The researchers set out to investigate the common perception that most snakebites are “illegitimate,” resulting from trying to move or kill an animal rather than leave it alone. “The ‘common knowledge’ perception has been that most bites are illegitimate (and I know I've seen plenty of people do stupid things with snakes that would reinforce that idea),” said lead author Dennis K. Wasko of Hillyer College at the University of Hartford in Connecticut. “On the other hand, you have to consider the source: pop-media vs. clinical reports,” Wasko told Reuters Health by email. “Clinical records don't often tell you exactly how the bite happened in the first place at all, so there was little actual data.” The researchers used daily Google searches to assess media reports of snakebites in the US between 2011 and 2013, which included 332 snakebites. In most cases, the snakes were in the wild rather than in captivity. Most victims were adult men, and most of the snakes were rattlesnakes or copperheads. Ten snakebites were fatal, six in the wild and four in captivity. Almost 70 percent of bites were “legitimate,” an accidental exposure from stepping on an unseen snake or placing a hand near one during activities like hiking or gardening. Thirty percent came from deliberately handling or manipulating a snake. Legitimate bites often happened to the lower extremities while illegitimate bites happened to the hands or fingers, as reported in Wilderness & Environmental Medicine. Media coverage of snakebites relies on the victim’s report of the story, however, Wasko noted. “Media stories have a ton of potential biases, and rely heavily on self-reporting by the victim... would you be more likely to tell the news if you accidentally stepped on a snake, or if you'd knowingly started poking it with a stick?” he said. Bites resulting from deliberate or stupid actions make for better stories, so may more often be reported, he said. “‘A woman walking to her garden shed stepped on a snake but was not seriously hurt’ is not a terribly exciting story,” he said. “The kid in Oregon who was bitten on the tongue after sticking a rattlesnake in his mouth? That was a doozy.” There are thousands of bites annually in the U.S., and in this study, one third were preventable, Wasko said. “That's a huge number of incidents that can be avoided by simply leaving snakes alone,” he said. Men suffered more preventable bites than women, trying to catch, kill, or play with snakes, he said. “Speaking as a man, I don't think anyone finds this surprising.” Globally, snakebites are an occupational hazard for those working in agriculture, mostly young adult males, said Janaka de Silva of the University of Kelaniya in Sri Lanka, who was not part of the US study. “Mechanized farming may reduce bites overall in the future,” de Silva said. “Snakes really only bite people as a last resort; they're more than happy to leave you alone if you pay them the same courtesy,” Wasko said. If you encounter a snake in the wild, “take a picture from a safe distance!” Wasko said. “Learn what kind it is, where they go and what they do. Show your friends, teach your kids wonder, appreciation, and respect for the natural world. Learn about some of the amazing, misunderstood creatures you share the world with.” –Reuters