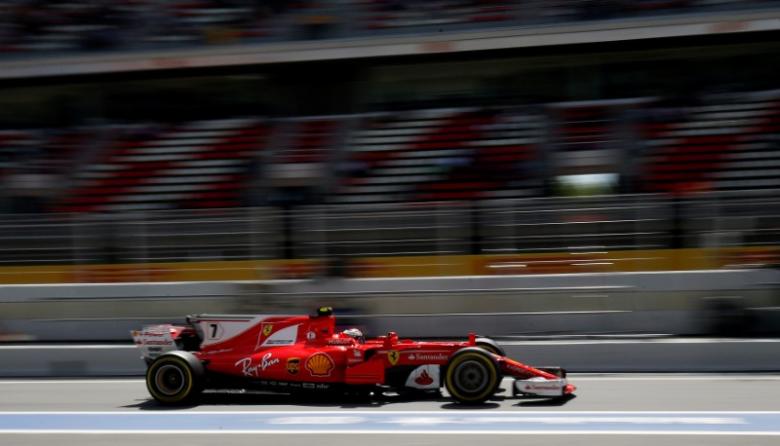 BARCELONA – Ferrari fought back against Mercedes in final practice for the Spanish Grand Prix on Saturday with Kimi Raikkonen leading championship leader Sebastian Vettel in a red one-two.

After champions Mercedes dominated both of the Friday sessions, Ferrari showed their aerodynamic updates were also working.

Raikkonen lapped the Circuit de Catalunya with a best time of one minute 20.214 seconds, 0.242 quicker than four times world champion Vettel whose car stopped at the pit lane exit in the closing minutes.

"No real engine issue, but we are replacing some parts precautionally," Ferrari said on Twitter.

Mercedes' triple champion Lewis Hamilton was third on the timesheets, 0.381 slower than Raikkonen's pace although he made a mistake on his fastest lap. Finland's Valtteri Bottas was fourth after Mercedes resolved problems detected overnight with the car.

That led to an engine change, with the Finn -- winner of the previous race in Russia -- late getting out on track as mechanics finished off the work.

Red Bull's Dutch teenager Max Verstappen, winner in Spain last year on his team debut and with plenty of fans around the circuit, was fifth fastest ahead of Australian team mate Daniel Ricciardo.

Home hero Fernando Alonso had a better start to the day at McLaren than Friday had suggested would be the case after his car broke down at the start of the weekend's opening session.

The Spaniard was 10th on the timesheets, 1.879 seconds off the pace and just behind compatriot Carlos Sainz in the Toro Rosso. –Reuters