Mourinho says disagreements with owner Abramovich are over 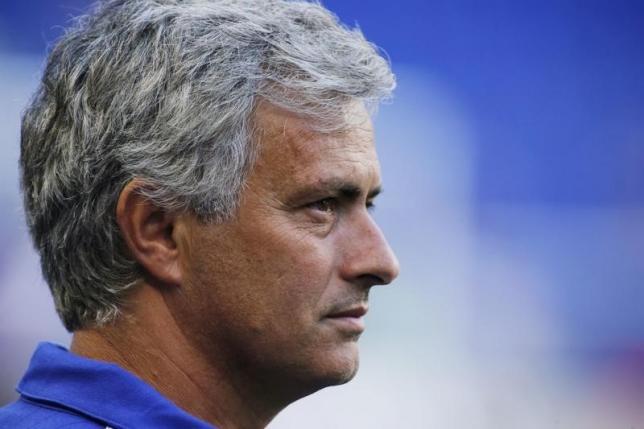 Mourinho says disagreements with owner Abramovich are over

LONDON - Chelsea manager Jose Mourinho's previous disagreements with owner Roman Abramovich are over and he is ready to fight for his fourth Premier League title starting this weekend, the Portuguese said on Tuesday. In his first spell at the club, starting in 2004, Mourinho won the league in both his first two seasons, only to fall out with the Russian owner and leave in September 2007. He returned two years ago, finishing third in his first season and then winning the title again in May. "In my first period, my personal relationship (with Abramovich) was very good (but) professionally we had some interferences and a bit of a disagreement with some ideas," Mourinho told Sky Sports News. "In this moment we don't have this problem. When I left Real Madrid to come here, Mr Abramovich asked me to fight for titles. "In my first season we were almost there, in my second season we did it and in my third season if you are close, you can always do it." Chelsea are aiming to become the first team to retain the title since Manchester United in 2009 and Mourinho believes it will be the usual clubs challenging them. "The top five are the top five, and why not a club like Tottenham to get in there?" he said. "But in the end history plays a part and investment plays a part. "Chelsea (were) four times champion in the last decade. Arsenal are a fantastic club with great players. Liverpool have amazing investment. "Man City is a squad to love and a club with two Premier Leagues in the last four or five years. And Man United with everything -- the history, the players, the investment. "So everybody will be there." The champions begin their defence of the title with a home game against Swansea City on Saturday and their first away game is against Manchester City, last season's runners-up, on Sunday week. -Reuters