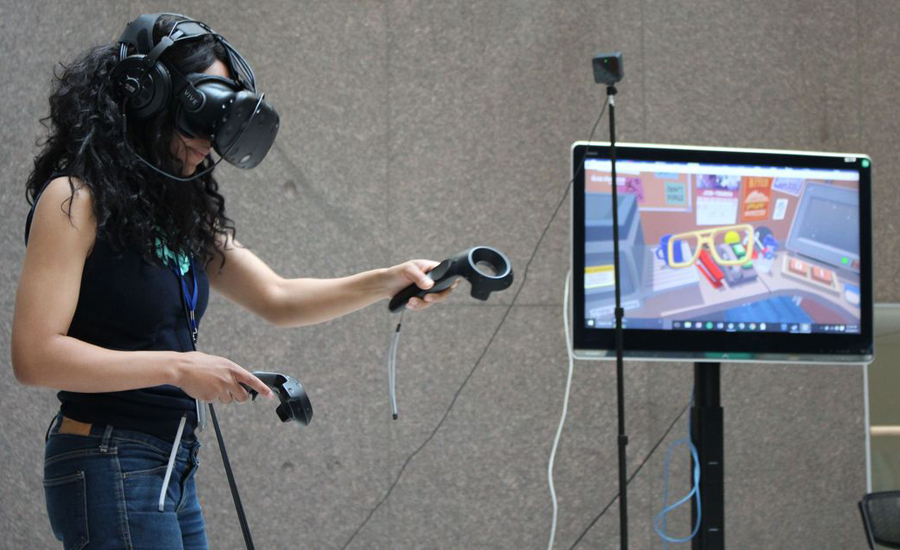 MINNESOTA (Reuters) – Video games with a physical activity component could help young children get more exercise during the school day, a small study suggests. Also called “exergaming,” popular games such as “Just Dance for Kids” and “Nickelodeon Fit” prompt kids to move around while they play. The current study found that compared to kids in preschool who played in traditional recess, those who played exergames got significantly more physical activity. “Regular physical activity participation plays a crucial role in preventing and curbing childhood obesity among young children,” said study leader Zan Gao of the University of Minnesota in Minneapolis. The prevalence of childhood obesity in the US has grown from 6.5 percent to 17 percent in the past three decades, partially because of low physical activity, his team writes in the Journal of Sport and Health Science. “Unfortunately, most preschools offer few opportunities for children to engage in structural physical activity programs and few studies have examined the effectiveness of specific physical activity interventions in this age group,” he told Reuters Health by email. Gao and colleagues worked with 65 preschoolers from two urban schools in underserved Minneapolis communities. The children were randomly assigned to two groups. Five days a week, one group did typical outside recess for 20 minutes of playing, while the exergaming group had 20 minutes of gaming. Before and after the eight-week program, researchers assessed the amount of moderate-to-vigorous physical activity the children got, as well as their motor skills and their confidence in their own ability to accomplish certain tasks. The exergaming group got more moderate-to-vigorous physical activity during the program than the recess group. Overall, boys got more activity when exergaming than girls. Motor skills and confidence also increased in the exergaming group by the end of the program, although the differences from the recess group were too small to rule out the possibility they were due to chance. “We should recognize that children have the right to play and ensure they have physical spaces that provide the opportunity for unstructured creative and movement exploration,” said Lisa Barnett of Deakin University in Melbourne, Australia, who wasn’t involved in the study. Although the results in this study seem promising, many other recent studies show that movement games don’t create enough of a difference to be considered better than recess time, and in many cases, kids grow bored with the games after several weeks, Barnett noted. “I would say that playing active electronic sports games might be fun, but they are not a replacement for ‘real’ games and sport,” Barnett said by email. “Parents are encouraged to provide time and opportunity for their young child to play outside using varying pieces of sports equipment.” Future studies should measure children’s enjoyment during exergaming versus other types of physical activity and whether more enjoyment would encourage students to exercise more in later school years, Gao said. It’s also important to examine gender differences and the effects of exergaming in multiple schools in different locations with different socioeconomic backgrounds, he added. “Preschool-aged children should be getting at least three hours of physical activity every day, which you can think of as 15 minutes for every hour that they’re awake,” said Amanda Staiano, director of the Pennington Biomedical Research Center’s Pediatric Obesity and Health Behavior Laboratory in Baton Rouge, Louisiana. “Finding fun activity options for young children, especially girls, can lay the foundation for kids to become active, competent and confident throughout childhood and beyond,” Staiano, who wasn’t involved in the current study, said by email.