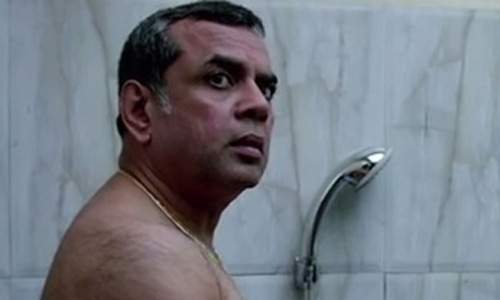 MUMBAI - If Fawad Khan’s “Dharam Sankat Mein” is any indication, Bollywood is in the midst of a theological crossroads. It certainly is debating the idea of God with more fervour than before. After 2012’s “OMG: Oh My God!” and last year’s “PK”, Khan’s film also focuses on religion and the biases that prevail about other religions in the minds of the layman. Dharam Pal Singh (Paresh Rawal) lives in Ahmedabad with his wife and two grown children. It’s the city that saw most of the violence and murder during the 2002 Gujarat riots. But the film doesn’t mention those events. Instead, it focuses on the stereotypes that many Hindus and other non-Muslim Indians harbour toward Islam and its followers. Dharampal, for example, tells his Muslim neighbour that he should live among his own people, without feeling the least bit remorseful about his bigotry. And of course, there’s a twist. Dharam Pal discovers that he was born to Muslim parents. He is forced to confront his biases and question the values that have guided him all his life. His attempts to find out more about his family and the faith that he was born into lead to complications, and some humour. In spite of its interesting story line and some good performances, including a hilarious, over-the-top acting by Naseeruddin Shah as a religious figure, Khan’s film is rough around the edges and never quite coheres. The pace lags, the humour falls flat several times, and Khan’s biggest fault is that he treats his characters with the same stereotypes that his film claims to oppose. Rawal’s character tells a Christian friend of his daughter, “please don’t ask me to light a candle or read the Bible,” as if that is the only mark of being a Christian. If the film does work in parts, it is because of Rawal’s wry humour and the comic timing with which he delivers his lines. His performance and the film’s willingness to address the biases and narrow-mindedness that many Indians harbour toward their fellow citizens is a good enough reason to watch this film. - Reuters