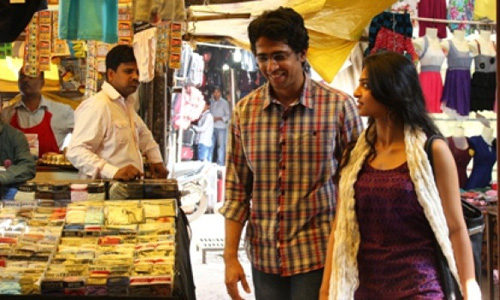 MUMBAI – The protagonist in Harshavardhan Kulkarni’s “Hunterrr” (the tacky title is a product of Bollywood’s propensity to fiddle with spellings) is instantly recognizable. Mandar Ponkshe is someone we’ve all met, or been, at some point in life. He’s the guy who ogles at every passing woman, the man who brushes against a woman’s posterior in a crowded market, or stares at a nurse who is treating his sick friend.

Kulkarni bravely attempts to humanize this character in a country that has incredibly repressed attitudes towards sex, where adolescent boys are lectured about watching erotica and even punished for it, and attitudes like those of the protagonist towards women are, to put it diplomatically, not uncommon.

Women, for him, are the forbidden fruit, and are defined only by their bodies. He treats them as vehicles to satisfy his raging libido, regardless of their emotions.

Mandar (played by Gulshan Devaiah) moves from one conquest to the other – a college mate, bored housewives – and is constantly on the prowl for the next one even after being engaged to Trupti, (Radhika Apte) a match his parents fixed.

All this is fine and mildly entertaining, but after a point, it begins to feel repetitive. Mandar hurtles from one relationship to the other and has a few emotional upheavals along the way that might cause him to grow up, leave his philandering ways and commit to one woman.

Kulkarni makes a few astute observations about middle-class boys from decent families, who pretend to want to play with the neighbour’s child when all they want to do is to sleep with the mother. But at 140 minutes, Mandar’s journey stretches too long, and despite all its twists and turns, heads for the same, predictable conclusion.

Kulkarni chooses to tell the story in a nonlinear fashion, and there are so many flashbacks to the past that it dilutes the narrative.

Of the cast, Radhika Apte and Sai Tamhankar look luminous and earnest in their roles. Devaiah as Mandar is in almost every frame, and try as he might to inject some sort of liveliness into the role, the script limits him.

“Hunterrr” has some good humour, but for a sex comedy, it is surprisingly banal. –Reuters