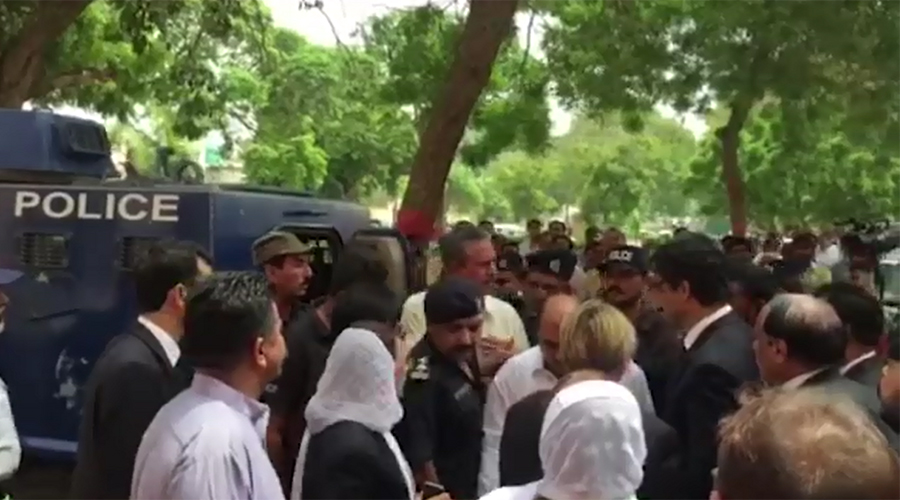 KARACHI (92 News) – An anti-terrorism court sent Karachi mayor-designate Waseem Akhtar to jail in a case of a provocative speech by the MQM chief. The court has ordered the investigation officer to present the challan in 14 days. The prosecutor sought his remand for the May 12 cases. However, the court remarked that investigation officers could investigate him in jail as well. Waseem Akhtar faces two cases each in Sohrab Goth, Steel Town and Sakhan police stations and a case in the Malir police station. He has been nominated in the cases in the light of his confessional statement during investigation. According to the investigation report, Waseem Akhtar disclosed that he had ordered firing on people coming to welcome then chief justice Iftikhar Muhammad Chaudhry on May 12, 2007. He also disclosed that he could get the absconding accused arrested. The accused Aslam alias Kala has been arrested on the pointation of Waseem Akhtar.