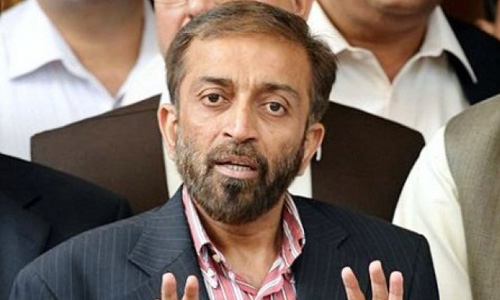 KARACHI (92 News) – Muttahida Qaumi Movement (MQM) leader Farooq Sattar has said that his party has welcomed PTI chief Imran Khan; however, the PTI leaders showed a little irresponsibility. Addressing a press conference here on Thursday, he said that no untoward incident occurred during the rally of Imran Khan. He said that Imran Khan had not shortened his tour due to the MQM. He thanked Imran Khan for launching the electioneering from Yadgar-e-Shuhda. “We wish that the environment created this time should continue.” Farooq Sattar said that the MQM was facing several problems. “The election will pass, but we have to strengthen democracy,” he added. He called for keeping an eye on the elements creating tension between the PTI and the MQM. He denied the charges leveled by the PTI. The MQM leader said that the voters know the rally was how much big and successful.