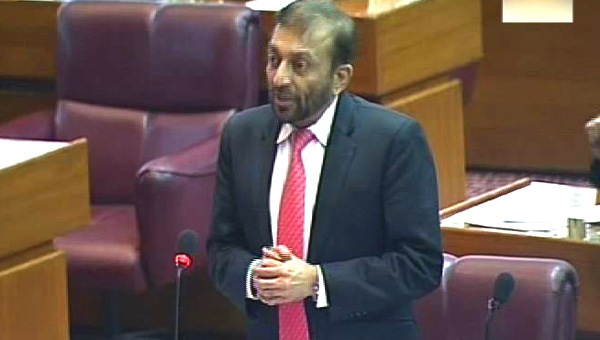 ISLAMABAD (92 News) - MQM leader Farooq Sattar has said that the MQM is being targeted on the pretext of targeted operation in Karachi. Speaking on the floor of the National Assembly, the MQM MNA criticized the government for the raid on MQM Headquarters Nine Zero and on the recent confessional video Saulat Mirza. "Since March 11, the government has been behaving extremely inappropriate with the MQM," said Sattar, adding that the government has pushed the party to the wall. Speaking about the recent confessional video of Saulat Mirza, he alleged that the “five-hour video” was made with the permission of the Interior Ministry. "If there exists a law which permits going to a death-row convict to get a statement from him, I’d like to know about it," said Sattar. He threatened that if “a Tsunami” washes away the MQM, no political party shall be able to open offices in Karachi. Speaker Ayaz Sadiq asked the members to remain calm, saying that raising hue and cry on the floor will set bad precedents.