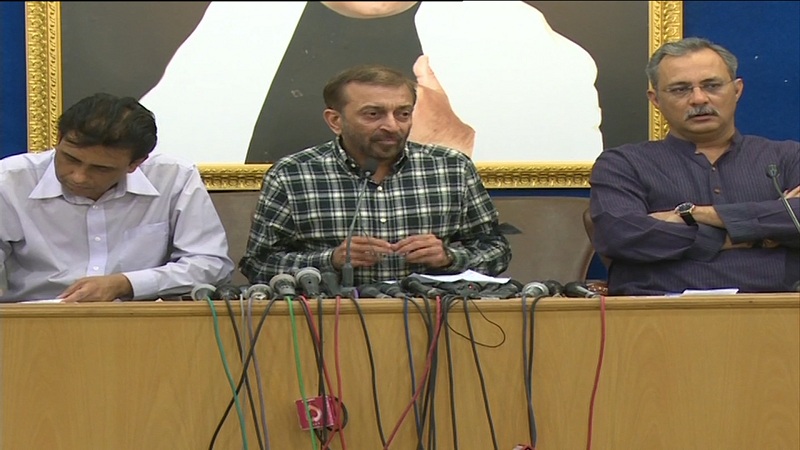 KARACHI (92 News) - The Muttahidda Qaumi Movement (MQM) on Thursday demanded the government to constitute a judicial commission to probe Waqas Ali Shah’s murder during Rangers’ raid on Nine Zero -- a day earlier. Addressing a press conference at the party headquarters in Nine Zero, MQM leader Dr Farooq Sattar said the party has no party affiliation with several men arrested during the raid. “The MQM maintains that Waqas was killed by Rangers and we have enough evidence to prove this,” said the MQM leader. He claimed that all weapons seized during the raid were licensed and also demanded the release of men not presented in the court.