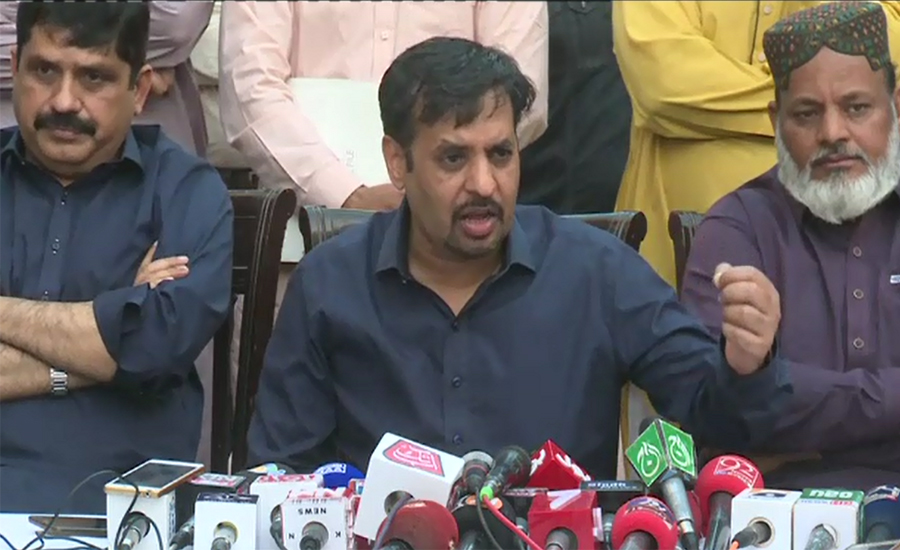 KARACHI (92 News) – Pak Sarzameen Party chairman Mustafa Kamal has said that the MQM founder is still asking to strengthen the Bahadurabad Group on phone. Talking to the media on Tuesday, he said that four members of the Bahadurabad Group are directly in contact with MQM founder. “Even dacoits are made to join the national mainstream. Youths from urban areas should also be given an opportunity,” he said.