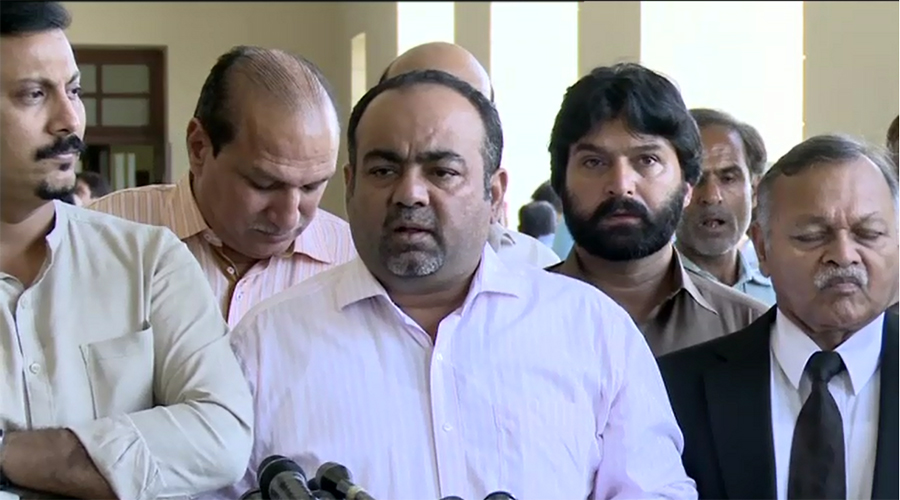 KARACHI (92 News) – Muttahida Qaumi Movement (MQM) leader Khawaja Izharul Hasan criticized the Pakistan People’s Party (PPP) after a party meeting on Monday. The meeting was headed by Syed Sardar Ahmed. After the meeting, Khawaja Izhar said that the PPP’s influential leaders are behind the instability in Karachi. “I will tell their names when it is time,” he said. “The PPP overlooked merit sold at least 290,000 jobs. We shall refer to court for justice, he added. Faisal Sabzwari said that PPP should answer the fake appointing of teachers in the province.