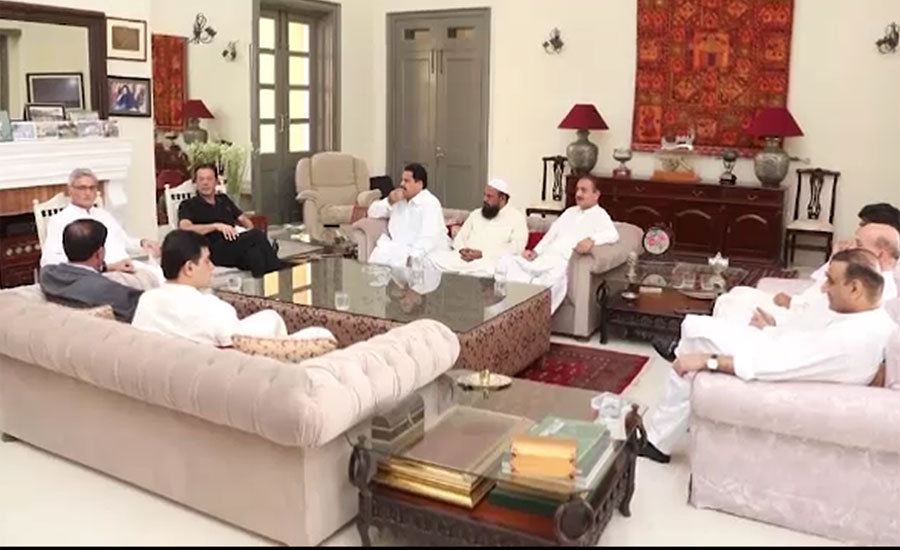 KARACHI (92 News) – A delegation of Muttahida Qaumi Movement-Pakistan led by its Convener, Khalid Maqbool Siddiqui has arrived at Bani Gala to hold talks with Pakistan Tehreek-e-Insaf (PTI) chief Imran Khan. As per details garnered, MQM-P delegation will discuss regarding formation of government in the center. The delegation will also put forth its demands in today's meeting. MQM-P had earlier decided to join PTI to form the federal government on the invitation of the PTI. Earlier, a MQM-P delegation along Imran Ismail has been reached Islamabad and also held talks with PTI leader Jahangir Tareen in Islamabad on Friday. They discussed matters pertaining to prevailing political situation and their alliance at the Center. The MQM-P clinched 16 seats in the Sindh Assembly in the July 25 general election, and has six seats in the National Assembly. The PTI had invited the party to join it at the Centre. On the other hand, the meetings presided by Imran Khan with senior leaders of the PTI also continued at Bani Gala to decide the nominations for four Chief ministers and cabinet members. Many key announcement are expected in coming 48 hours.