KARACHI (92 News) – Muttahida Qaumi Movement (MQM) has on Sunday announced to go to Sindh Chief Minister’s house. Following the announcement, extra police force has been called in to meet any untoward incident. All routes leading to the Chief Minister’s House has been closed for all sorts of traffic. 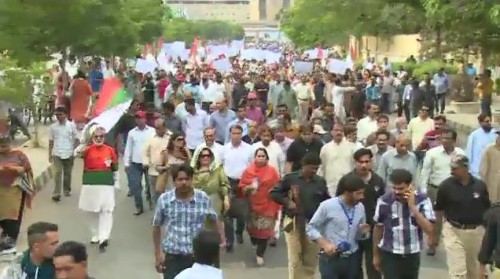 Police have stopped the MQM rally near Metropol Chorangi. The situation in front of CM House is tense as heavy contingent of police is present outside the CM House, while water canons have also reached CM House.