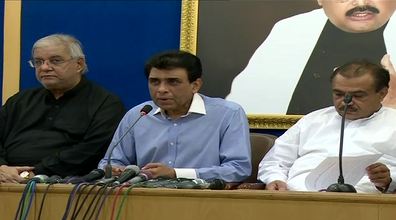 KARACHI (92 News) - The Muttahida Qaumi Movement (MQM) late Sunday night took back the strike call given for today (Monday) following an assurance by the Rangers DG Major General Bilal Akbar’s assurance that MQM worker Muhammad Hashim's murder will be investigated and the killers brought to justice soon. Soon after the strike call, Sindh Rangers in a statement said that killing of MQM worker is a condemnable act but no one would be allowed to paralyze everyday life of the city. "Holding a strike without any investigation is tantamount to affecting the city life," Rangers said. Earlier, MQM had given a strike call for all over Sindh for Monday over the killing of its worker Muhammad Hashim whose body was recovered on Sunday night from Jamshoro.