KARACHI (92 News) – Sindh Rangers have on Tuesday apprehended a notorious target killer during a search operation in Karachi’s Azizabad area on Tuesday. As per details, on a tip off the presence of target killer in the area, Sindh Rangers carried out a search operation in Karachi’s Azizabad area and detained a notorious hitman namely Kashif alias David. The arrested accused Kashif alias David, who belonged to Muttahida Qaumi Movement (MQM) is involved in various incidents of target killing and extortion. The accused had fled to a foreign country. 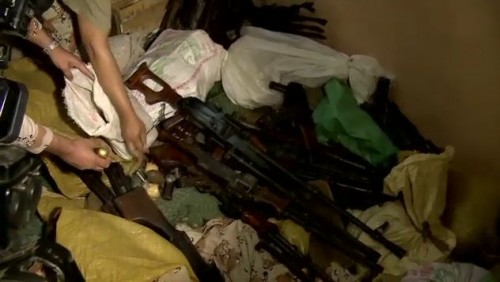 Security forces have also seized weapons and ammunition, including Kalashnikovs, light machine guns (LMGs) and Rocket Propelled Grenade (RPG-7), and Rangers uniforms from the possession of the accused.