How much video game time should kids get? 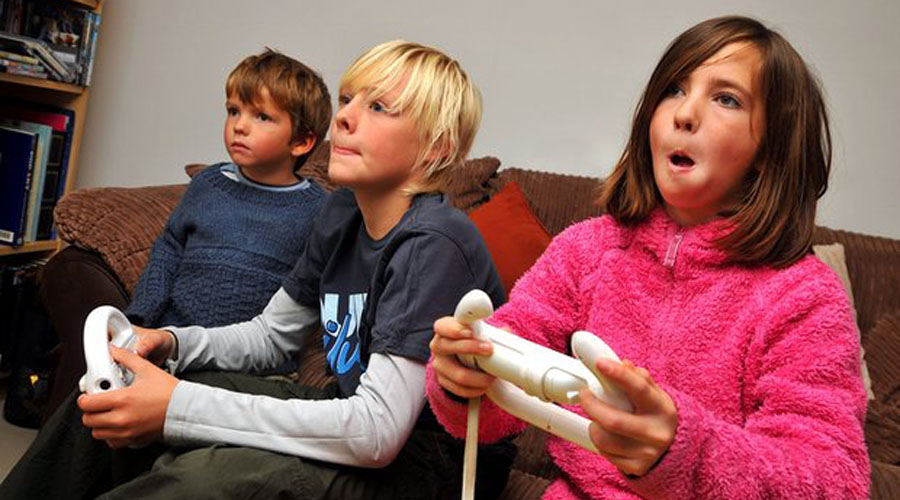 How much video game time should kids get?

WASHINGTON – Kids who play video games much more than an hour a day may experience behavior problems, a Spanish study suggests. Children who limit gaming time to an hour or two a week, however, may experience cognitive benefits such as faster responses to visual cues. “It is a fact that our children expend a relevant proportion of their time in front of a screen, which may be good and even necessary,” said lead study author Dr. Jesus Pujol of the Hospital del Mar in Barcelona. “Nevertheless, a time limit is arguably recommendable, as is the combination of gaming with physical or outdoor activity and the supervision of video gaming’s potential effects on children's socialization,” Pujol added by email. To examine how the amount of time playing video games impacts kids, Pujol and colleagues examined data on 2,442 children in Barcelona, ages 7 to 11. The average age was about 9. They excluded kids they described as “extreme gamers” who played at least 18 hours a week. The study did include 428 children who were described by their parents as non-gamers. At the start of the study, researchers asked parents to estimate how much time their child spent playing video games on an average weekday and weekend. On average, the gamers played about four hours a week, researchers report in the Annals of Neurology. Boys typically spent about 1.7 hours more per week playing video games than girls, the study also found. Overall, video gamers didn’t exhibit more behavior problems than non-gamers. But the more time kids spent playing, the more likely parents were to report behavior and conduct problems, the study found. Children who played at least nine hours a week were significantly more likely to have poor conduct than kids who spent less time with video games. Researchers also checked children’s motor response speed, attention and working memory. Just an hour a week of gaming was enough for children to have significantly faster motor response speed than non-gamers, though the improvement leveled off after two hours of gaming. They didn’t find a difference in attention or memory skills between gamers and non-gamers, however. Researchers also did MRI scans of a subset of 260 children one year after initial assessments and found gamers had functional brain changes that weren’t seen in non-gamers. Brain changes in the gamers were most pronounced in what’s known as the basal ganglia, circuitry that is involved in involuntary movements. One limitation of the study is its reliance on parents to accurately report how much time their children spend playing video games and its use of a single point in time for assessing how much kids played, the authors note. The study is observational, and doesn’t prove video games directly cause improvements in motor skills or increased conduct problems, the authors also point out. The wide variety of games kids played also might make it hard to draw broad conclusions about potential benefits or harms of certain types of gaming. “This study, like many others similar to it, is provocative in suggesting both positive and negative impacts of video game playing and how this is impacted by the amount of time devoted to game play,” said Dr. Adam Gazzaley, a neuroscience researcher at the University of California, San Francisco who wasn’t involved in the study. “It does not tell us whether video games directly influence kids' skills or behaviors,” Gazzaley added by email. –Reuters