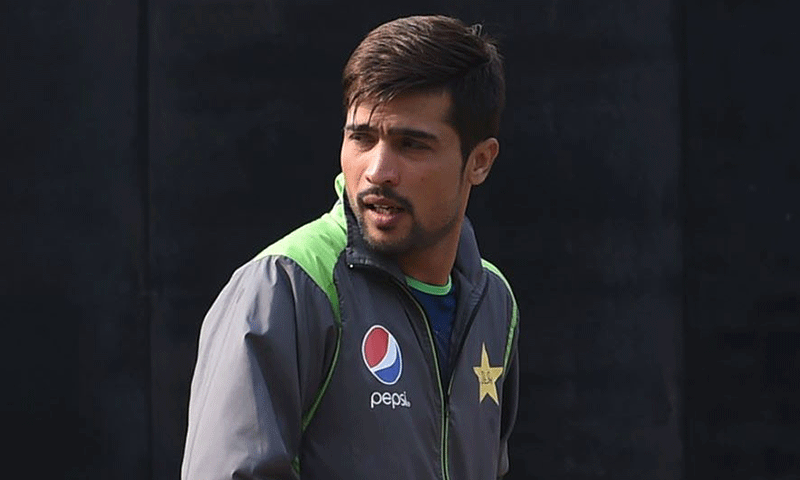 DUBAI (92 News) – Pakistan’s left arm pacer Mohammad Amir decided to fly back home today (Tuesday) after his mother fell ill. The Leftie pacer will miss the 3rd and the final One-day International (ODI) of West Indies series, which is scheduled to be held tomorrow. Rumman Raees could be in line for his ODI debut. Muhammad Amir’s mother is infected with dengue and she is having breathing problem. Meanwhile, West Indies and Pakistan have engaged in three Twenty20 Internationals and two One-Day Internationals since the start of their series in the United Arab Emirates. West Indies, which hasn’t managed a single victory yet, will look to buck the trend and carry momentum into the three-match Test series with a win in the third and final ODI in Abu Dhabi on Wednesday (October 5). A series victory with a game to spare would’ve normally meant foot off the throttle, but Pakistan doesn’t have that luxury because its chances of a direct qualification depend on the result of every game until September 30, 2017. Pakistan needs to complete a clean sweep to rise one place to eighth in the ICC team ODI rankings, relegating its opponent to ninth.