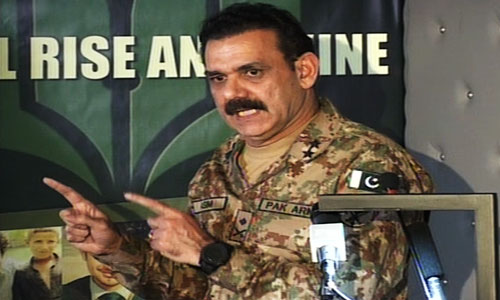 ISLAMABAD: Director General Inter-Services Public Relations (ISPR) Asim Bajwa has said that the gang involved in the attack on Army Public School Peshawar has been identified and Mullah Fazalullah had ordered the attack. Briefing the media on Thursday, he said that the 27 people involved in the conspiracy stayed in the house of a prayer leader. He added that Mullah Fazalullah will not be spared at any cost. The DG ISPR said India is playing a very dangerous game in the region. “There is much more extremism in India as compared to Pakistan. We have the proofs of the interference of India,” he maintained.