Multan: 10 of a family murdered for honour, police arrest ‘killer’ 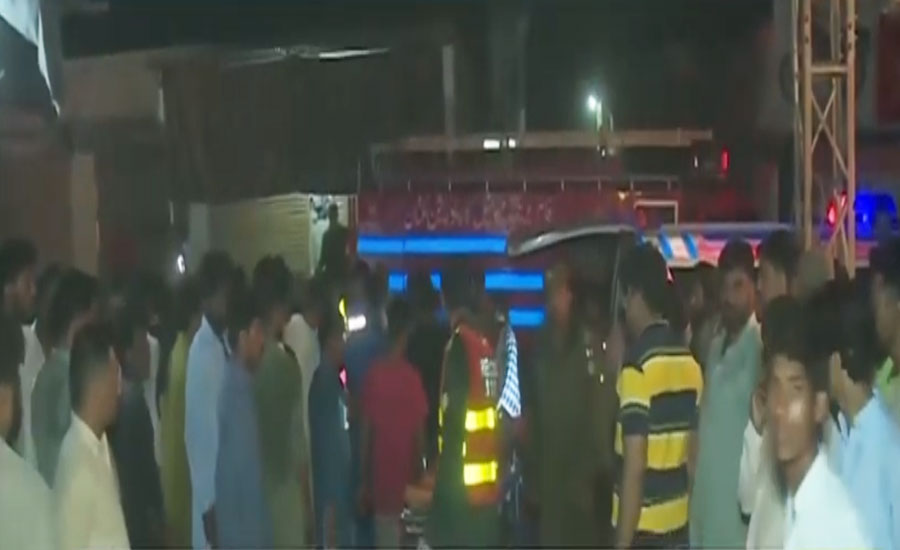 Multan: 10 of a family murdered for honour, police arrest ‘killer’

MULTAN (92 News) – As many 10 members of a family were killed and set on fire for honour in a gruesome act in Hassanabad area of Multan in early hours of Monday, police said. The suspect, who has been arrested along with his father, reached his in-laws’ residence along with two accomplices, shot six people dead and burnt four others, witnesses told police. The three others also sustained injuries who were shifted to a hospital by rescuers. Among the dead are wife and children of the suspect named as Ajmal. Multan’s Capital City Police Officer (CCPO) told reporters that one Ajmal allegedly killed his wife and nine in-laws over the honour issue. He said Ajmal, along with his brother and father Zafar, entered his father-in-law’s house in early hours and opened fire at his wife, mother-in-law and other family members. Six family members were killed on-the-spot. “Later, the suspects locked four other family members in a room and set them on fire,” said the police officer. https://www.youtube.com/watch?v=49Q4Nl2MCGs The CPO said Ajmal had returned from Saudi Arabia few days earlier and he had suspicions about character of his wife. Ajmal and his father Zafar had been arrested and police were trying to arrest a brother of the accused, who had fled the scene during the raid, the officer added. Police shifted the bodies to the city morgue for autopsy and began investigation into the incident that shook the entire city. A First Information Report (FIR) has been lodged with the local police under murder and abetting sections of the Pakistan Penal Code (PPC). https://www.youtube.com/watch?v=oWYxJhEacRc