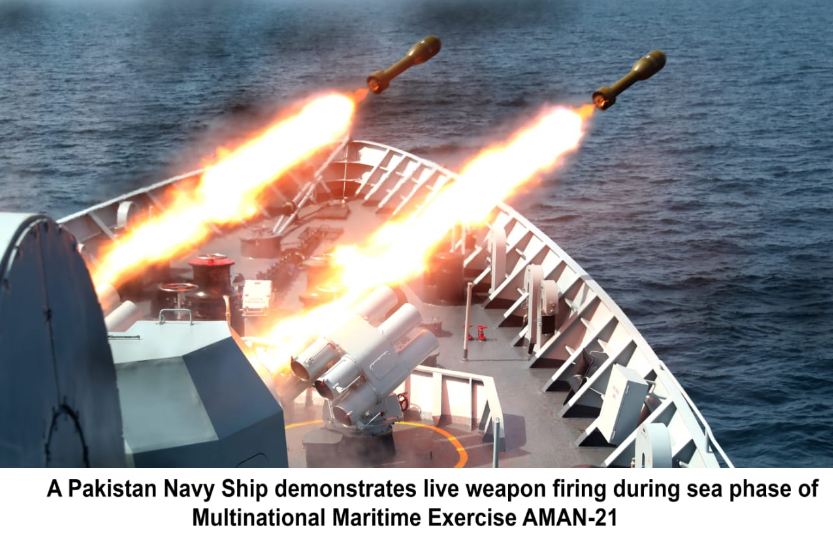 The chief guest observed various operational maneuvers and drills during the IFR. The Fleet Review also featured an impressive Fly Past by Pakistan Navy, Pakistan Air Force and participating foreign aircraft followed by Man and Cheership by participating ships. The exercise culminated with the participating ships forming up in traditional `AMAN Formation' to signify unity and collective resolve. 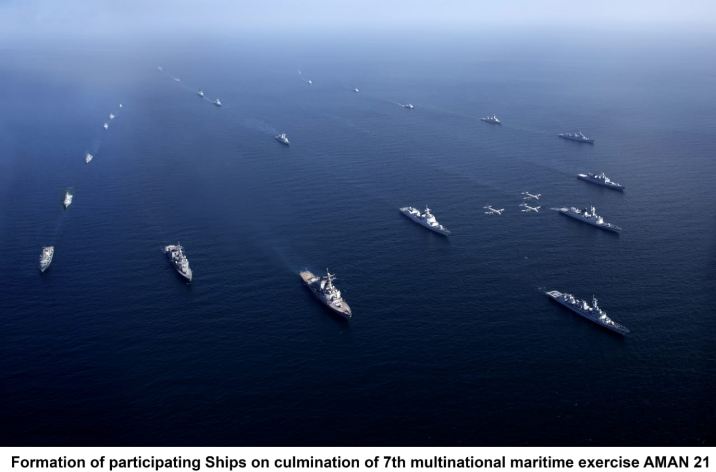 The President congratulated Pakistan Navy for successfully hosting AMAN-21 and reaffirming Pakistan's resolve for promoting peace and security in the region. The chief guest thanked the participating regional and extra-regional navies for displaying their commitment to collaborative maritime security despite COVID-19 pandemic. The President emphasized that AMAN-21 will pave the way to make the region more peaceful and secure with combined efforts by all stakeholders. 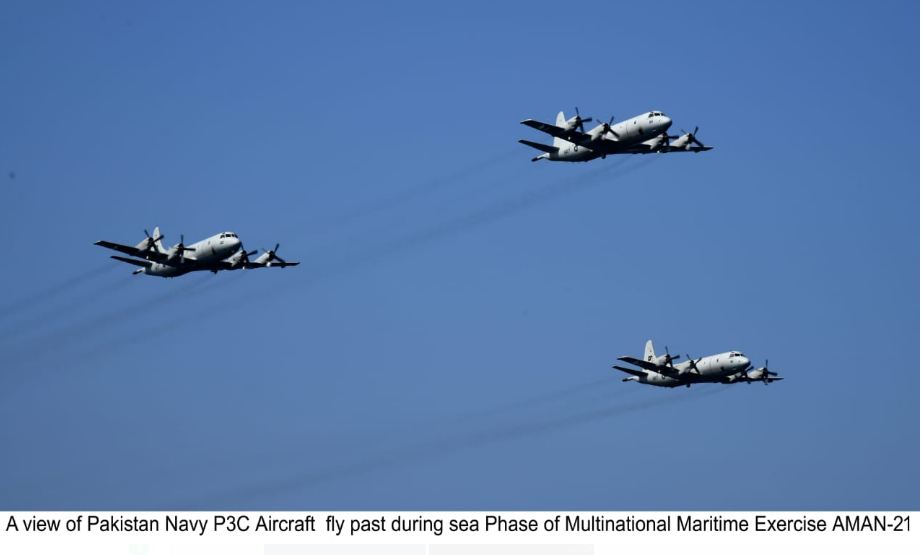 The Chief of the Naval Staff thanked the President for gracing the International Fleet Review with his presence. The Naval Chief assured that Pakistan Navy will continue to play active role in enhancing regional maritime security individually and in collaboration with partner navies. 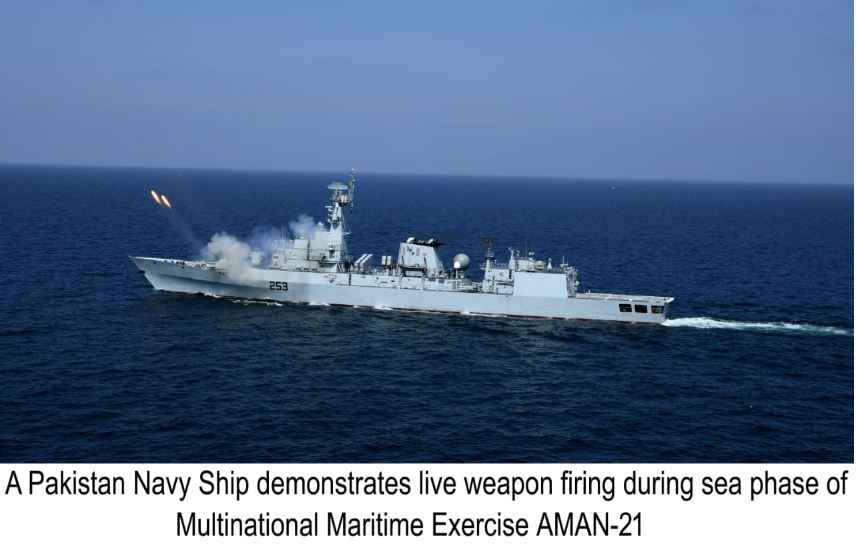 During Multinational Maritime Exercise AMAN 2021, up to 45 countries participated in the exercise with their Naval warships, aircraft, Special Operation Forces and a large number of observers.