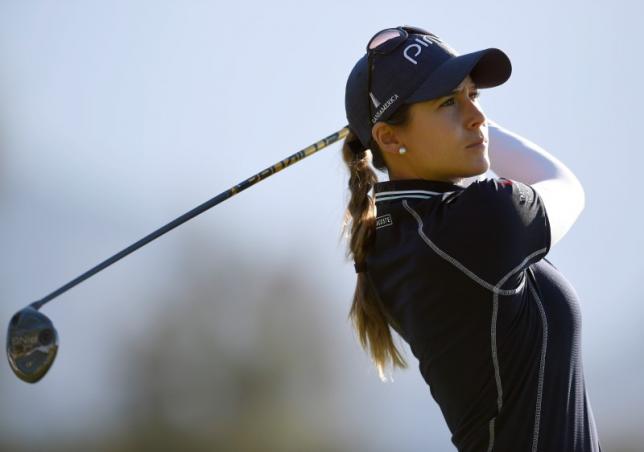 CALIFORNIA - Azahara Munoz burst out of a form slump at an opportune time and Ai Miyazato's renaissance continued at the ANA Inspiration on Thursday as the pair shared the opening round lead in the first women's major of the year. Spain's Munoz and Japanese Miyazato each carded rounds of five-under-67 at Mission Hills Country Club in Rancho Mirage, California to share top spot, one clear of Scotland's Catriona Matthew, South African Lee-Anne Pace and Japan's Shiho Oyama. Munoz, who has failed to finish higher than 33rd this season and has not recorded an LPGA top 10 since August last year, carded six birdies but dropped back with a bogey on her final hole. "Obviously one round is not going to completely change my confidence but I am feeling good," Munoz told reporters. "I have actually been playing really well and my scores haven't shown it at all. I think it was just a matter of time until things started happening and it did today. Hopefully it stays like that." Miyazato, world number one back in 2010, sat 157th in the rankings before finishing third last week at the Kia Classic. The 30-year-old opened with four birdies in her opening six holes and then tacked another onto her tally on the 18th to prove her improvement in form was not a false dawn. "I was really happy to play my game again. I was kind of struggling the last few years but I got through," Miyazata said. "I am still in the process but I know I am moving forward and I feel good." Ryann O’Toole, Gerina Piller and 2014 champion Lexi Thompson shared top American honours with three-under-69s to be tied for sixth, while world number one Lydia Ko rode a rollercoaster with four birdies and two bogeys in a round of 70. "I was striking my irons and everything pretty good but I didn't hit my driver very well especially on the back nine so I think that's where my bogeys kind of came from," Ko admitted after taking a share of 14th. "I gave myself quite a few looks up the hill for birdie but I just wasn't able to commit to my speed and I left quite a few out there that were on line but short. That's the last thing you want to be doing. "But a two under start to the first major of the year I am pretty pleased with that." Defending champion Brittany Lincicome settled for an even par 72. -Reuters