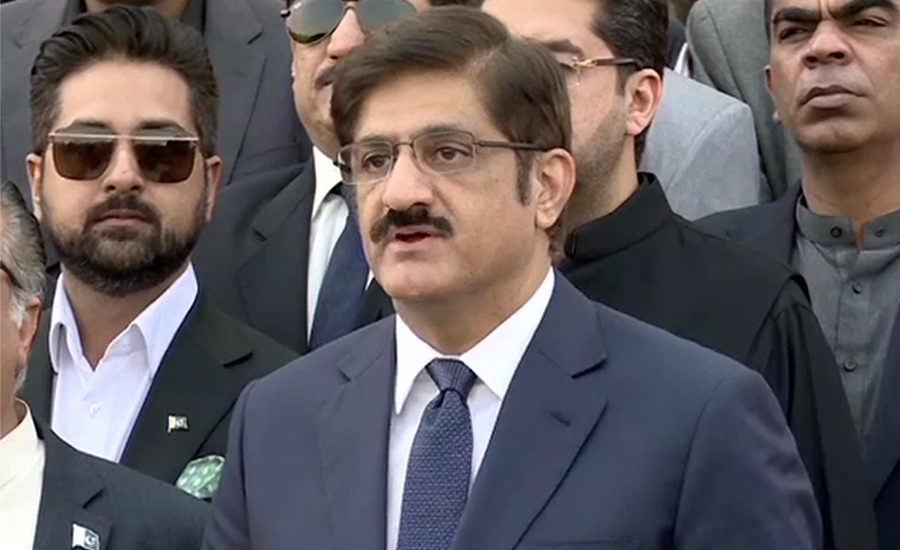 KARACHI (92 News) – Refuting the joint investigation team (JIT) against former president Asif Ali Zardari’s report, Sindh Chief Minister Murad Ali Shah on Tuesday termed the report as ‘ridiculous’. Murad Alis Shah and Sindh Governor Imran Ismail paid rich tributes to Qaid-e-Azam Muhammad Ali Jinnah and laid floral wreaths at his mausoleum in Karachi. Talking to the journalists, the chief minister termed findings of the report as ‘controversial’ and claimed that his party was not afraid of facing such trials in the court. Murad Ali said that the horses’ talks were discussed in the past and now the topic changed into dogs. He expressed his reservations about the JIT report and said that the subsidy which was discussed in the report, this was being given from previous ten years. “This is not illegal work, he added. On the other side, Nafeesa Shah, daughter of former chief minister Qaim Ali Shah, said that Prime Minister used all the mountain lands of Bani Gala but no JIT was formed for the investigation. Criticising the minister, the PPP leader declared Railways Minister Sheikh Rasheed as ‘political gypsy’. PPP spokesperson Murtaza Wahab also said that Shiekh Rasheed is flattering to Imran Khan for railways ministry. PPP senior Maula Bakhsh Chandio also said that Bilawal Bhutto was not discussed in the JIT report. He added that the conspiracy is being propagated against the Bhutto family. A day earlier, the JIT report was handed over to the PPP consul during a hearing at the Supreme Court’s registry in Lahore in the fake bank accounts case pertaining to money laundering of billions of rupees.