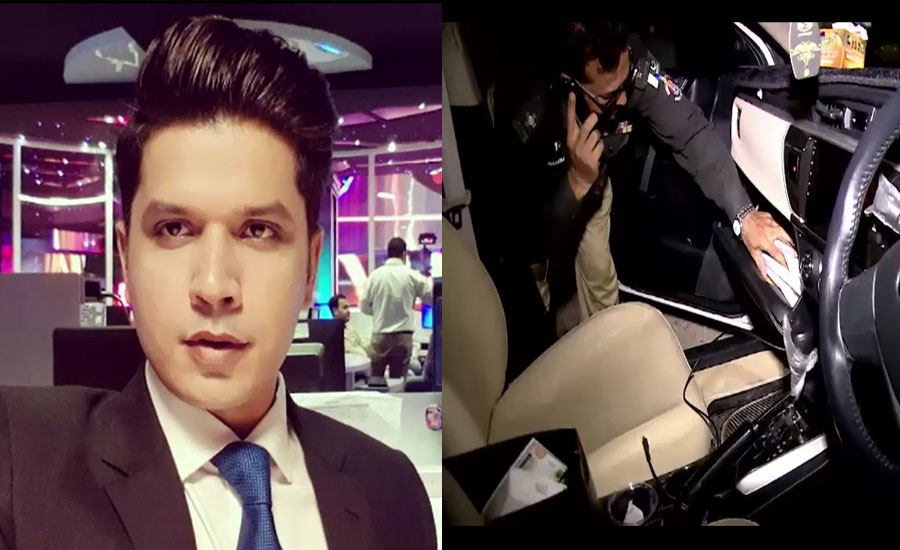 KARACHI (92 News) – The police failed to arrest killer of anchorperson Mureed Abbas and his friend Khizar Hayat even after four days. The security agencies have acquired the CCTV footage of incident, in which, Adil Zaman is clearly seen with Atif Zaman. The police could not nab the Adil Zaman, brother of Atif Zaman, despite of passing four days. It was reported that the police team set to leave for Balakot for arrest of killer. Earlier, initial investigations into the murder of anchorperson Mureed Abbas and his friend have revealed that the deceased had a dispute over Rs200 million with the killer. SSP Investigation Tariq Dharejo said that the accused along with his friends had invested over Rs200 million in the business of tyres. “The accused Atif had called Mureed Abbas and Khizar Hayat to his office and opened fire on them,” he added. The police have registered two cases and started investigations. Meanwhile, a five-member committee has been formed to probe the matter. On the other hand, the injured Atif, who regained senses on Wednesday, told the police that he had to give Rs110 million to Mureed Abbas and Rs150,000 to Khizar Hayat. “Both were hurling him threats for not returning the money,” he added. He said that Khizar Hayat had also threatened to kill his wife and children. The police have arrested the killer’s brother and the watchman at the building. They have also received another CCTV footage of the firing. Eyewitness Umar Rehan, in his statement, stated that he and Mureed were going to hotel to take tea when Atif called them to his office. “When we reached the office, the accused also reached there and opened fire on them. I narrowly escaped the firing,” he said.