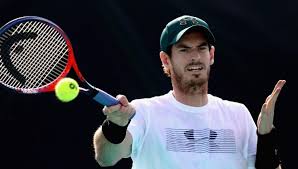 (Reuters) - Former world number one Andy Murray has added the China Open to his schedule in October as he continues his return from hip surgery earlier this year. Murray, who played three matches in late June but withdrew from Wimbledon as it came too early in his recovery process, made his return to hardcourt tennis on Monday at the Washington Open where he battled to a first-round victory over Mackenzie McDonald. “The China Open ... has announced the entry of three-time Grand Slam champion and former world number one Andy Murray to the 2018 player field,” tournament organisers said on their website. Murray, who will face fellow Briton Kyle Edmund in the second round of the Washington Open, is expected to play in Toronto and Cincinnati before the final Grand Slam of the year at the US Open. The China Open, which will be held from Oct. 1 to 7, will also feature current world number one and defending champion Rafa Nadal and Argentine Juan Martin Del Potro.