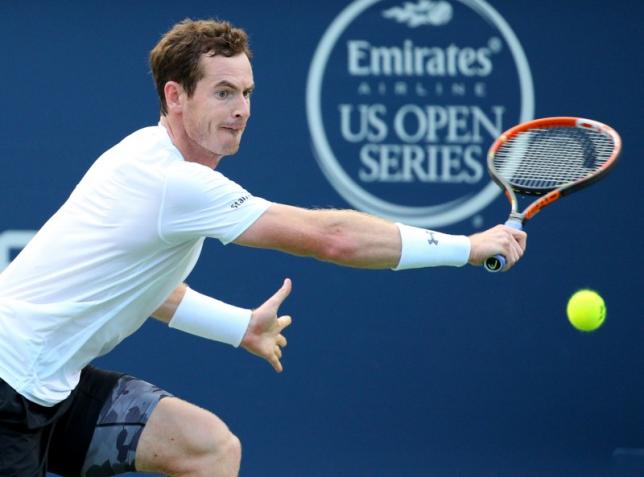 MONTREAL - ndy Murray and Rafael Nadal were winners but six seeds were beaten in a day of upsets in the second round at the Rogers Cup in Montreal on Thursday. Number two seed Murray, who received a first-round bye, avoided the fate of so many other seeds, though he was extended by Spain's Tommy Robredo before coming through for a 6-4 7-5 win. Robredo looked poised to force a second-set tiebreak, up 30-0 on serve at 5-6, only to lose four straight points and fall to the Scotsman. The Spaniard made three consecutive mistakes to gift Murray match point, before the former U.S. Open and Wimbledon champion closed out the match after a 26-stroke rally with a drop shot that caught the top of the net and toppled over. “Today was the best I hit the ball on the hardcourts since I started playing on it again,” said Murray, who was ousted in his first match in Washington last week on the same surface. “I felt like I was returning (serve) a little bit better, which is important for my game." Next up for Murray is unseeded Gilles Muller of Luxembourg, who beat 15th seed Gael Monfils of France in a third-set tiebreak 6-3 3-6 7-6(4). Other seeds to fall were Czech Tomas Berdych (number five), Croatian Marin Cilic (six), Canadian Milos Raonic (eight), Frenchman Gilles Simon (nine) and Bulgarian Grigor Dimitrov (14). But number seven Nadal, in his first hardcourt appearance since March, showed few signs of rust as he used a dominating first serve to dust off Sergiy Stakhovsky of Ukraine 7-6 6-3. Fourth seed Kei Nishikori also advanced with a 6-3 6-3 win over Spaniard Pablo Andujar. Nishikori is coming off victory Sunday at the ATP event in Washington, where he beat Cilic in a rematch of last year’s U.S. Open final. But Nishikori will not meet Cilic this week, after the Croat was downed by unseeded Australian Bernard Tomic 6-3 6-4. Another big clash was in the offing Wednesday night, as third seed Stan Wawrinka of Switzerland was going against Australian Nick Kyrgios, who is being mentored by veteran compatriot Lleyton Hewitt. “(Hewitt) is definitely not my coach, but he's definitely helping me out as a mentor," Kyrgios, 20, said. "He's taking time out from his own career and his own family to come here and help.” -Reuters