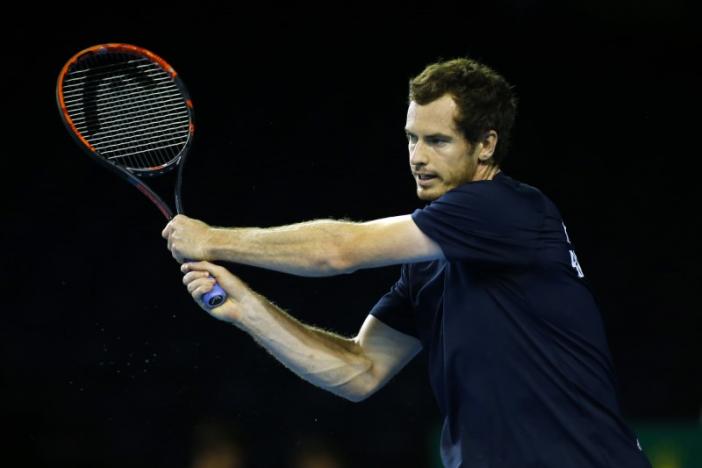 LONDON – Andy Murray is ready for "one more big push" this week as he tries to steer defending champions Britain into the Davis Cup final.
Britain take on Argentina indoors in Glasgow and world number two Murray, who spearheaded the team's charge last year, will again be key to their hopes. An exhausting European summer that began with him reaching the French Open final, and then saw him win a second Wimbledon title and retain his Olympic crown, caught up with the Scot when he lost to Kei Nishikori in the U.S. Open quarter-finals. But Murray is planning to be back at full throttle this weekend, starting with Friday's opener against former U.S. Open champion Juan Martin del Potro in a repeat of their gruelling final at last month's Rio Games. "I took a few days off after New York, then came here and I've been practising since Sunday. I get a little break after I'm finished here so one more big push this weekend," he said. "We want to try to do it again this year if possible. It's going to be hard but I want to win all the events I can. I want to try and finish the year as strong as possible. "It's been the best year of my career so far and I hope I can keep it going," added Murray who won 11 out of 11 rubbers for his country last year. His clash with Del Potro will be pivotal with the Argentine, working his way back after multiple wrist surgery, a healthy 12-4 in Davis Cup singles. Del Potro is 64th in the world, having been number four in 2010, but is still ranked below Guido Pella and Federico Delbonis who are Argentina's other singles options. Kyle Edmund, who achieved his best grand slam result when reaching the U.S. Open fourth round this year, faces Pella, ranked 49, in the second singles. Murray is likely to team up with brother Jamie in Saturday's doubles against Delbonis and Leonardo Mayer. Croatia host France in the other semi-final in Zadar. –Reuters