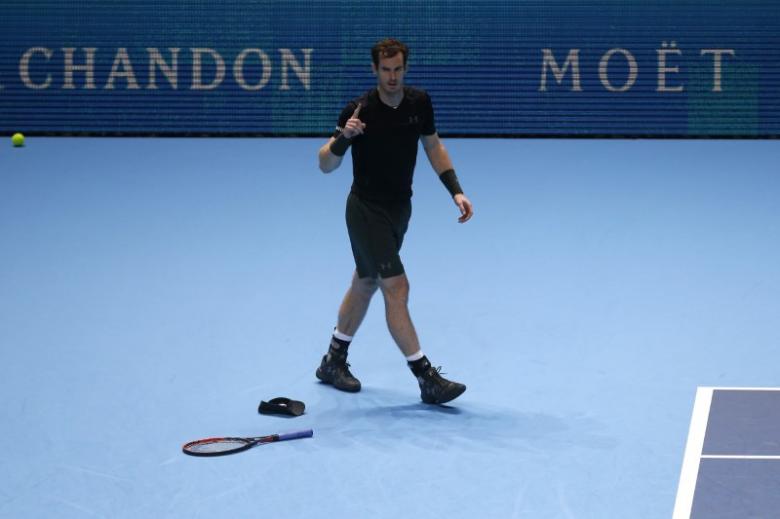 LONDON - Britain's world number one men's tennis player Andy Murray won a record third BBC Sports Personality of the Year award after claiming his second Wimbledon title and first ATP World Tour crown in a stellar 2016 season. Murray, who also retained his Olympic men's singles title in Rio de Janeiro, picked up the BBC trophy again after claiming it in 2013, when he won Wimbledon for the first time, and in 2015. "It's been a great year for British sport and I am so proud to have been a part of it," Murray, who led Britain to the Davis Cup semi-finals after their first triumph for 79 years in 2015, said via a video link from his training camp in Miami. The 29-year-old Scot, who joined boxer Henry Cooper and racing drivers Damon Hill and Nigel Mansell as the only double winners of the event last year, is now out on his own after a year in which he also reached the Australian and French Open finals. Although Murray lost to Novak Djokovic at Roland Garros, he became the first British man to reach the French Open final since Bunny Austin in 1937. He also lost to Serbian Djokovic at the Australian Open but finished the year as world number one. Triathlete Alistair Brownlee was runner-up and show jumper Nick Skelton third in the annual BBC awards. Brownlee, 28, became the first man to retain the Olympic triathlon title when he took gold in Rio, finishing ahead of brother Jonny, who claimed the silver. Skelton, 58, won the individual show jumping title in Rio 2016, becoming Britain's second-oldest Olympic gold medallist, 16 years after retiring with a broken neck in two places. In his acceptance speech, a delighted Murray revealed to much laughter that his wife Kim, who gave birth to their first child, daughter Sophia, in February, had voted for Skelton. "A huge thanks to my wife and my daughter -- she won't know what this means yet but maybe in a few years she will. "Actually, I've got a bone to pick with my wife because about an hour ago she told me she'd voted for Nick Skelton. Not smart from her with Christmas coming up," he said. -Reuters