Mushahidullah kicks up rumpus in Senate by criticising treasury benches 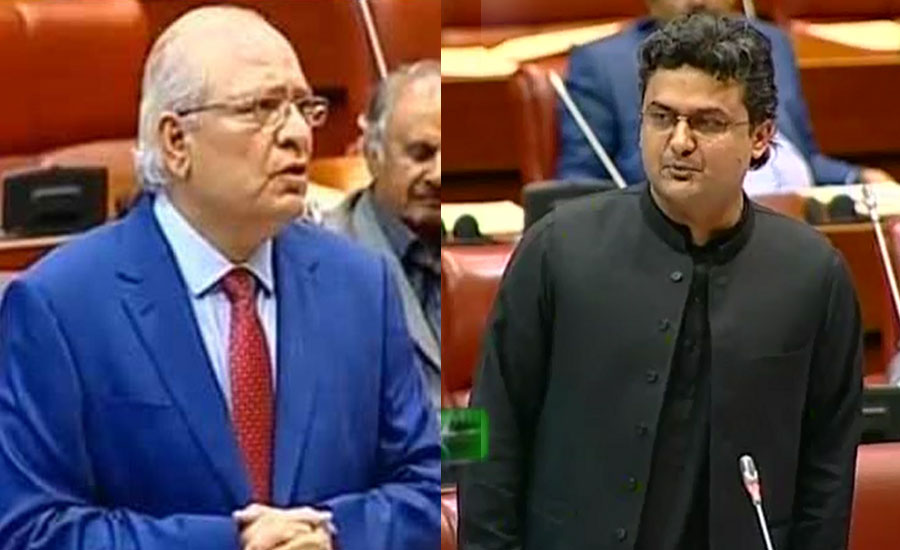 Mushahidullah kicks up rumpus in Senate by criticising treasury benches

ISLAMABAD (92 News) – Slamming incumbent government, Pakistan Muslim League-N (PML-N) Senator Mushahid Ullah Khan on Monday said that the PTI destroyed the economy, saying that he never seen such a beggar who announced before begging. The session of the Senate experienced rumpus after national Assembly when members of the ruling Pakistan Tehreek-e-Insaf (PTI) and the opposition PML-N exchanged harsh words in the upper house of Parliament. Taking to the floor of Senate, Mushahid Ullah kicked up the rumpus in the Senate, when try to hack the session in absence of Information Minister Fawad Chuadhry. Lashing out on treasury benches, he slammed the PTI-led government for what he said was its incompetence and begging from abroad. Turning his guns towards Fawad Chaudhry, Mushahid asked why the government has failed to reign in the minister. His comments resulted in an uproar by PTI senators who asked the PML-N leader to check his language and apologise, which he refused. Exchanging hot words with Senate Chairman Sadiq Sanjrani, the PML-N senator accused being biased in favour of the treasury benches. He continued using un-parliamentary words despite being stopped from doing so by the Senate chairman. However, the Senate chairman later expunged all these words. Responding to the PML-N Senator Mushahid Ullah, Senator Faisal Javed Khan taunted that the opposition sing poetry on Panama but now the drama of iqama (work permit) will also be initiated. Taking a jibe at political opponents, the PTI senator said that they signed the charter of corruption instead of charter of democracy. He said people of Pakistan demand accountability across the board, mentioning that process of accountability will speed up. Faisal Javed termed that the good results were receiving to put hands on the corrupt elements. He also said that the government is taking concrete steps to enhance exports of the country. He said remittances have reached at its highest level.