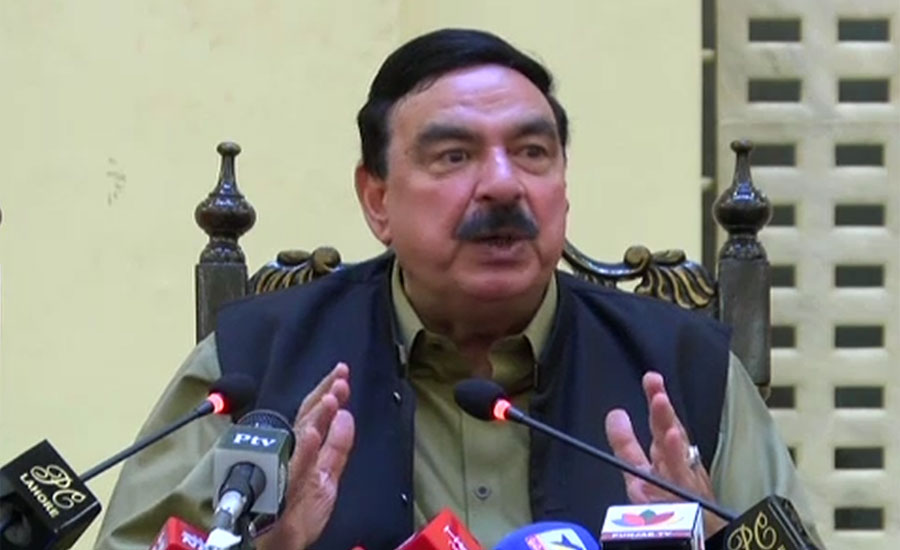 ISLAMABAD (92 News) – Minister for Railways Sheikh Rasheed on Tuesday said that former president Pervez Musharraf high treason verdict will create distances between the national institutions. In a statement, Shiekh Rasheed said that the decision of special court against the former dictator will push Pakistan towards conflict. The minister said that a man who had served 40-years for country declared as ‘traitor’ and the politicians who looted the country were being sent abroad through private planes. “The decision is creating distance and putting us on a path that will lead to conflict. Those who looted Pakistan are getting bail while those who served the country are being convicted,” he said. “These things are not digesting. I do not see the things towards improvement. The circumstances will become worse instead of improvement,” Sheikh Rasheed said. “If you insult an institution which is carrying the entire country, it will react. The government will respond to the prime minister’s return,” the railways minister said. Rasheed said that Prime Minister Imran will have a look at the entire situation when he returns, adding that such incidents didn’t go away easily. He further maintained that the army has protected the constitution three times. Earlier today, the special court handed down death penalty to former president Pervez Musharraf in the high treason case. A three-member bench of the special court headed by Peshawar High Court Chief Justice Waqar Ahmad Seth and comprising of Justice Nazar Akbar of the Sindh High Court (SHC) and Justice Shahid Karim of the LHC announced the short verdict. However, one of the judge dissented from the sentence. According to the verdict, Pervez Musharraf had violated the constitution on November 3, 2007. It has been stated in the verdict that the violation of the constitution is proved against Pervez Musharraf and he is awarded death penalty under Article 6. The detailed judgment will be announced within 48 hours. The high treason case against the former president for clamping the state of emergency on Nov 3, 2007, has been pending since December 2013. He was booked in the treason case in December 2013. Musharraf was indicted on March 31, 2014, and the prosecution had tabled the entire evidence before the special court in September the same year. However, due to litigation at appellate forums, the trial of the former military dictator lingered on and he left Pakistan in March 2016.