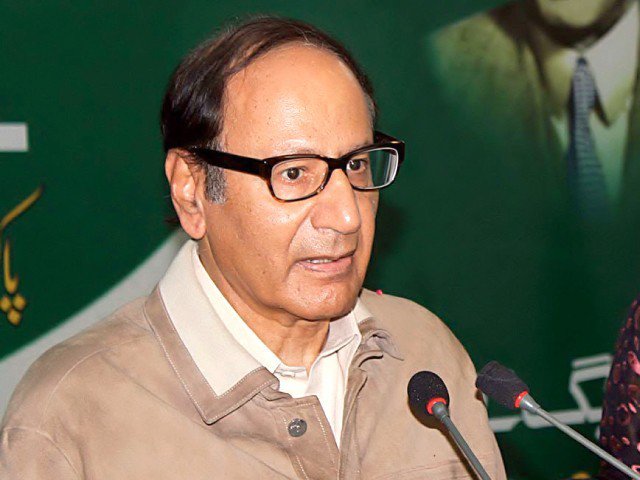 LAHORE (92 News) – Pakistan Muslim League-Quaid (PML-Q) chief Chaudhry Shujaat has on Monday said that Pakistan cricket team’s defeat in India is a result is doctrine of necessity. Addressing a press conference in Lahore on Monday, Chaudhry Shujaat said that former president General (r) Pervez Musharraf has not left the country after a deal with the government and he will return soon. Criticizing the government over National Accountability Bureau (NAB) cases and Pervez Musharraf, he said that the government is engaging in disinformation. Commenting on Muttahida Qaumi Movement (MQM), former deputy prime minister said that it should not be linked with Research and Analysis Wing (RAW) as a party and it should not be called terrorist organization. “Serious and educated people are also present in the party,” he said.